A Vancouver pilot has shared a video of what it's like to go paragliding from the peak of Grouse Mountain.
0
Aug 21, 2019 5:11 PM By: Elisia Seeber

Soaring from the ‘Peak of Vancouver’ isn’t anything new for Vancouverite Bill Nikolai, but experiencing the view certainly never gets old. 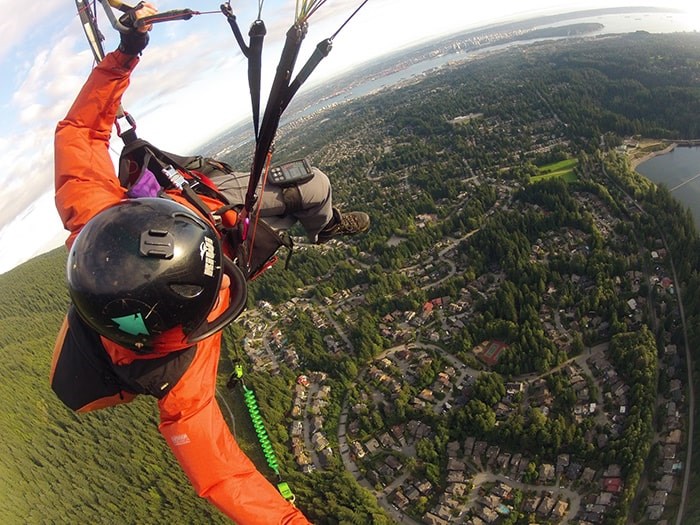 What you see when you paraglide from Grouse Mountain. Photo: Bill Nikolai

The group’s colourful parachutes can be seen gliding down from the peak of the mountain and landing at Cleveland Park from May to September. Their take offs and flights have become quite a tourist attraction over the years.

“We launch from 4000 feet, which is the peak of Grouse,” Nikolai told Vancouver Is Awesome.

“There are occasions where we will thermal up — work the warm air bubbles — and get up to 6500 feet, you don’t want to go any higher than that because you could get run down by a plane.

“Our flights can be as short as 15 or 20 minutes or they can be several hours long, it just depends on the wind conditions and the thermals.”

Last Monday, Aug. 12, while gliding through the sky Nikolai, and fellow pilot Rod Frew, decided to take out their iPhones and a GoPro to film the magic for the rest of us land dwellers to enjoy.

The three-minute video, may just inspire you to spread your wings.

Nikolai said he liked to showcase just “how beautiful it is” to be in the air.

“I think the perspective of the Vancouver skyline is really unique when you’re up and out in front of the Grouse Chalet,” he said.

“There are times where I can see cruise ships crossing underneath the Lions Gate Bridge, I can see the Capilano Suspension Bridge down below me and all sorts of other landmarks.

“We frequently see bald eagles. It’s just amazing. Not to mention some of the mountains behind Grouse, if we get high enough we get amazing views of Crown Mountain.

“It’s as close to flying like a bird as you can get.” 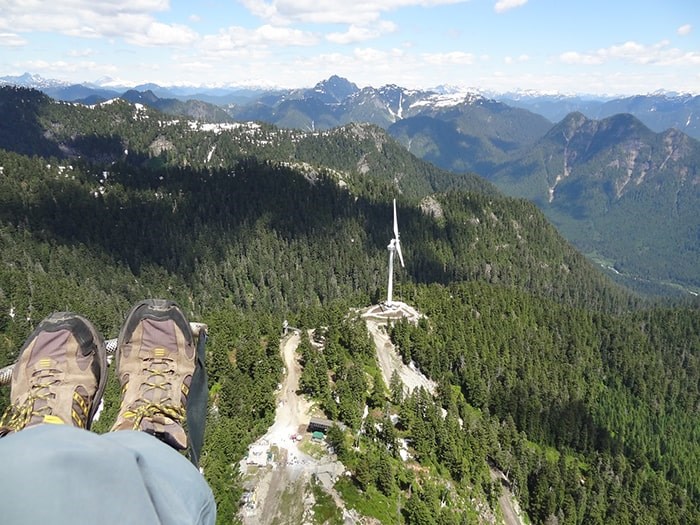 While it looks like an incredible experience, not just anyone can solo glide from Grouse Mountain.

Nikolai said all 30 members of GMFT had intermediate or advanced flying ratings.

“It takes a bit of time to get the skills necessary to fly from Grouse,” he said.

“You have to be a guest for a season before you can apply for full membership. We screen participants very carefully because it is a very high profile site.”

Nikolai, who is getting close to his 200th flight, said he was always cautious and kept a close eye on weather conditions before taking to the skies.

In all his flights he has never had an injury or scary landing (touch wood) — but he said things could get, what he described as, “spicy” if conditions changed unexpectedly.

“If the weather is about to change from better to worse then the air can be quite buoyant and sometimes those thermal bubbles have, what we call, sharp edges and you can get rocked around a little bit,” Nikolai explained.

"But generally, it is actually just an amazing experience." 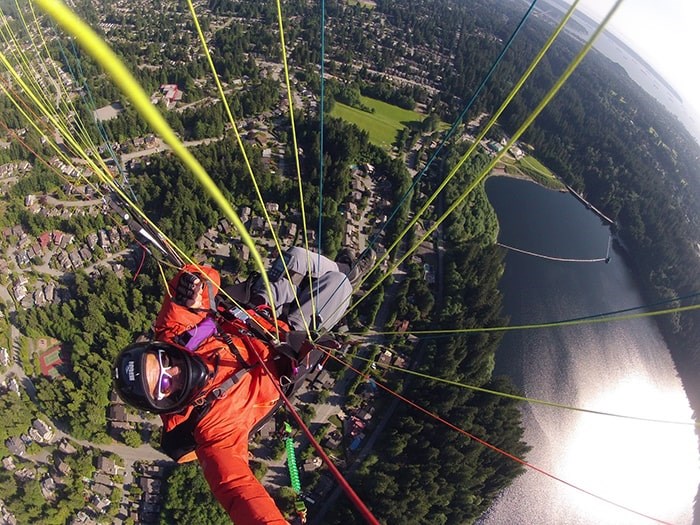 An avid traveller, Nikolai has ventured with his glider to some incredible destinations, including Japan, Turkey, France, Portugal and Hawaii. And he isn’t finished yet.

He credits an adventurous couple for inspiring him to take flight back in 2000.

“I saw somebody flying tandem from the highest mountain in the Fraser Valley — Mount Cheam — it was a husband and wife, actually, they had hiked up and they proceeded to unfurl the glider and take the easy way down.

TRY IT: While the group doesn’t offer tandem flights, North Shore Paragliding on Grouse Mountain does. For those who want to connect with the local flying community, Nikolai recommends checking out West Coast Soaring Club.