Parks board "heartbroken and enraged" by racist graffiti at Vancouver park 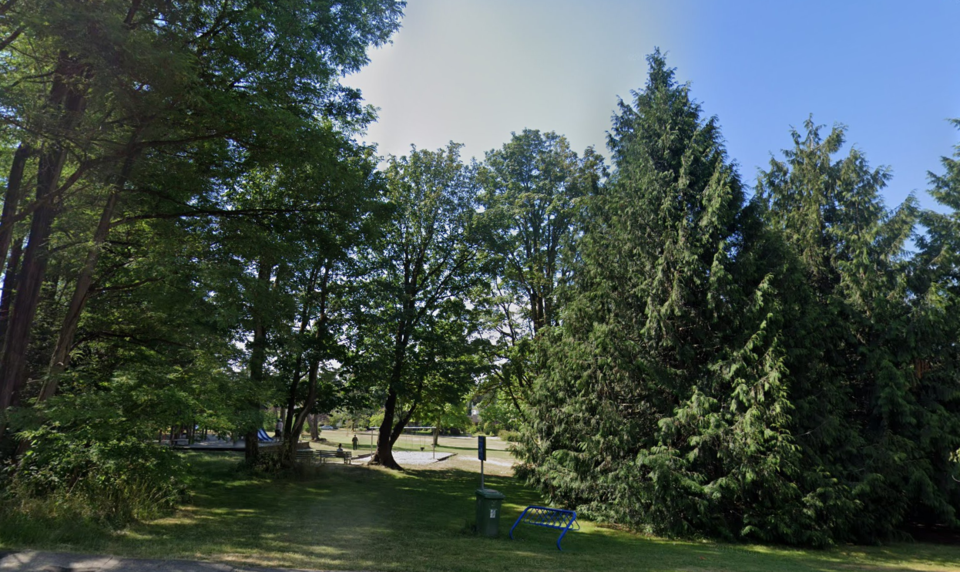 The Vancouver Park Board is enraged after anti-Semitic and white power graffiti was discovered at Riverview Park yesterday.

The graffiti they describe includes multiple swastikas (which they describe as "the most notorious symbol of hatred, anti-Semitism and white supremacy") painted on eight trees in the park in the Marpole neighbourhood. The words "white power" were also found.

"The City of Vancouver and Park Board condemn these abhorrent acts of racism in the strongest possible terms. We stand in solidarity with the Indigenous, Black, racialized and Jewish communities targeted by these messages," states the board on social media. "These messages are intended to create shock, fear and division. They are offensive to all of us who stand for human rights and dignity and will not be excused or tolerated."

They also express regret that children may have been exposed to the hateful messages as there's a nearby playground.

Crews are on scene, they add, removing the graffiti.

They ask anyone with information about the graffiti to call the city's 311 tip line, which will connect people with either the Vancouver Police Department or the Equity Office at the City of Vancouver.

We are heartbroken and enraged to learn several trees in Riverview Park have been defaced with racist graffiti. If you have any information on this case, please contact 311. [Full statement below] pic.twitter.com/MD9f5TTZUZ