Pedestrian in critical condition after being struck by TransLink shuttle bus

A pedestrian is in critical condition in hospital after being struck by a TransLink bus in Burnaby on Tuesday.
0
Jun 12, 2019 6:43 AM By: Chris Campbell

A pedestrian is in critical condition in hospital after being struck by a TransLink bus in Burnaby on Tuesday – an incident that follows three people being killed in three different road-related crashes late last week.

Tuesday’s incident happened at 5:45 p.m. at Hastings Street and Carleton Avenue in Burnaby Heights – just steps away from a fire hall. 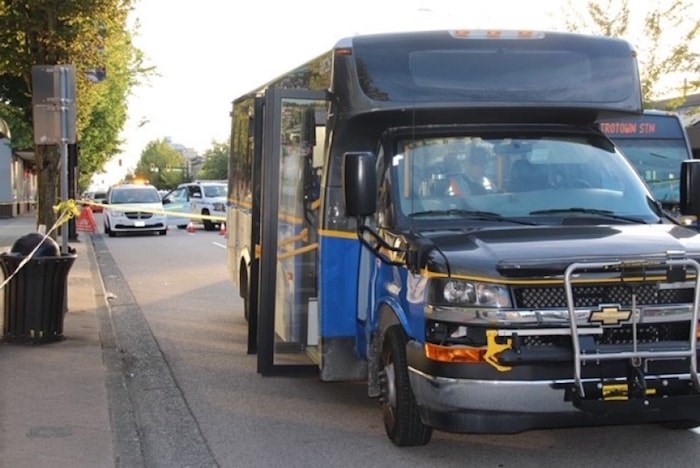 Burnaby RCMP were called to Hastings Street at Carleton Avenue on Tuesday afternoon after a pedestrian was struck by a transit bus. Photo by Shane Mackichan

An eastbound bus struck the pedestrian and emergency crews responded, with the victim being rushed to Vancouver General Hospital in critical condition. RCMP are investigating the scene.

Some lanes on Hastings are expected to remain closed through Wednesday morning, as the investigation on scene remains active. 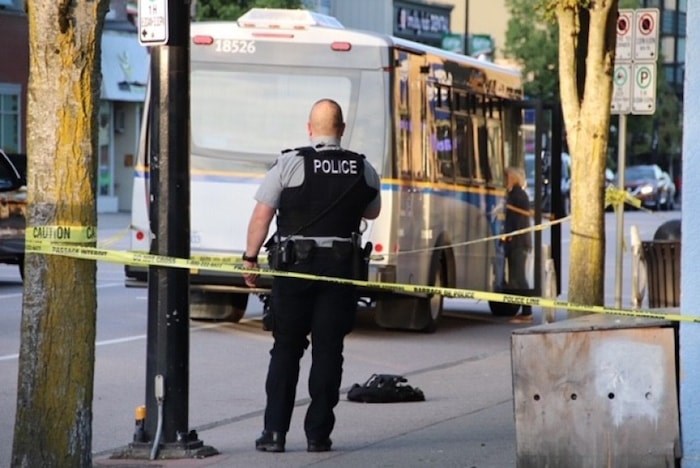 Burnaby RCMP were called to Hastings Street at Carleton Avenue on Tuesday afternoon after a pedestrian was struck by a transit bus. Photo by Shane Mackichan

One person was killed on June 7 on Lougheed Highway near Madison in a crash that involved multiple vehicles, including at least one speeding.

Earlier in the day on June 7,Kingsway from Nelson Avenue to Marlborough Avenue was closed after one person was killed and two others sent to hospital in an eight-vehicle pileup.

On June 6, a 75-year-old pedestrian was killed on Marine Way near Boundary Road in what Burnaby RCMP are calling a hit-and-run incident. Police are looking for a “vehicle of interest” described as a semi-truck pulling a dark-red shipping container. Burnaby RCMP is also looking for anyone with dash cam footage who was in the area at the time of the crash.

In December 2018, a pedestrian was killed by a TransLink bus in Burnaby at 6th Street and 16th Avenue.

On June 2, an Edmonds-area incident left a 53-year-old pedestrian with serious but not life-threatening injuries after a woman was struck by a driver in the 7700 block of 18th Avenue.