VPD photo Police have determined that a second person may have been involved in a targeted double shooting that resulted in a woman losing her unborn child. Shortly before 6 a.m.
0
Jun 1, 2018 9:51 AM By: V.I.A. 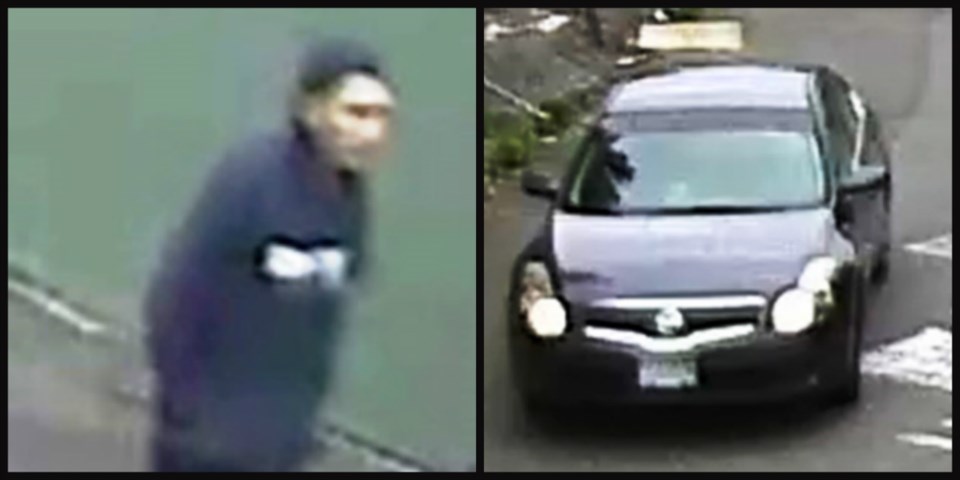 Police have determined that a second person may have been involved in a targeted double shooting that resulted in a woman losing her unborn child.

Shortly before 6 a.m. on May 18 a 31-year-old pregnant woman and a 23-year-old man were shot in an apartment on Industrial Avenue near Station Street in East Vancouver.

The women was seriously injured and lost her baby while the man received serious but non-life-threatening injuries.

Crown Counsel approved charges against 37-year-old Carleton Stevens, and he was arrested in Surrey on May 20.

Police are asking for the public's help to identify a second person that was with Stevens and locate a vehicle that was captured on surveillance footage in the area.

The man is seen in the security footage on the on the left wearing a blue hooded sweatshirt with a white logo on the front. They are believed to be associated to the shooting.

The second man has been described as white, 25 to 35 years old, 5’9” to 5’11”, with short black hair and an average build. The vehicle appears to be a dark-coloured, four-door Nissan Altima with tinted windows.

“These types of investigations are very complex and can take time to fully investigate. It’s important that we hear from anyone who was there when the shooting happened,” says VPD’s Constable Jason Doucette.

“We are asking the second man to come forward and speak with police. In the meantime, we are releasing this footage with the hopes of identifying him and locating the vehicle,” Doucette says.