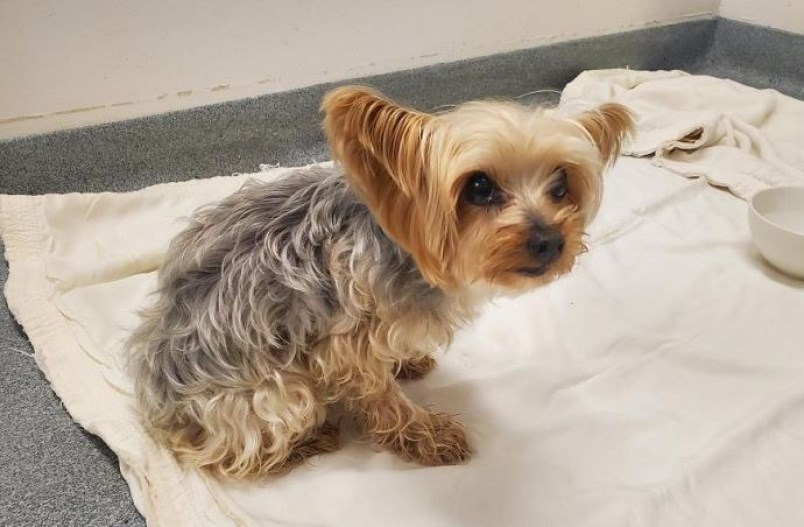 The Burnaby RCMP is looking to identify two individuals related to what police are calling the "dognapping" of an 11-year-old Yorkshire terrier from her owner’s yard.

“Two men approached, driving a newer model Jaguar sedan, exited their vehicle and entered the yard,” said a police news release. “After somehow being released from her harness, Lucy was chased down the street by the two would-be capturers. A nearby resident, having seen the two men chase Lucy, offered her aid after the men identified the dog as having belonged to them. In a dramatic video (see two videos posted below), you can watch as Lucy attempts to evade the two men as she returns to her yard. The two men chase Lucy around her house several times before she is eventually captured and driven off in their black Jaguar sedan.”

The suspects are described by Burnaby RCMP as:

The vehicle is described as a newer model black Jaguar.

On Aug. 11, just before 7 a.m., an unidentified man holding a small dog approached a Burnaby RCMP frontline officer in the area of Deer Lake Avenue and Rowan Avenue. The man told the officer he was on his way to work when he located the dog with no collar or tags. The officer took custody of the dog and brought her inside the Burnaby RCMP detachment and notified the SPCA.

“Lucy, who our officers have unofficially nicknamed Tank, was cared for by a cell guard within the Burnaby RCMP detachment until such time her owners were notified and arrived to retrieve her,” said a news release.

“We are very happy to see Lucy reunited with her family,” says Cpl. Mike Kalanj of the Burnaby RCMP, “however, this investigation is not over and we are seeking our community’s assistance in identifying these two individuals.”