A couple of ‘baaad sheep’ were briefly causing traffic chaos after breaking out of their pen
Sep 3, 2020 8:57 AM By: Diane Strandberg 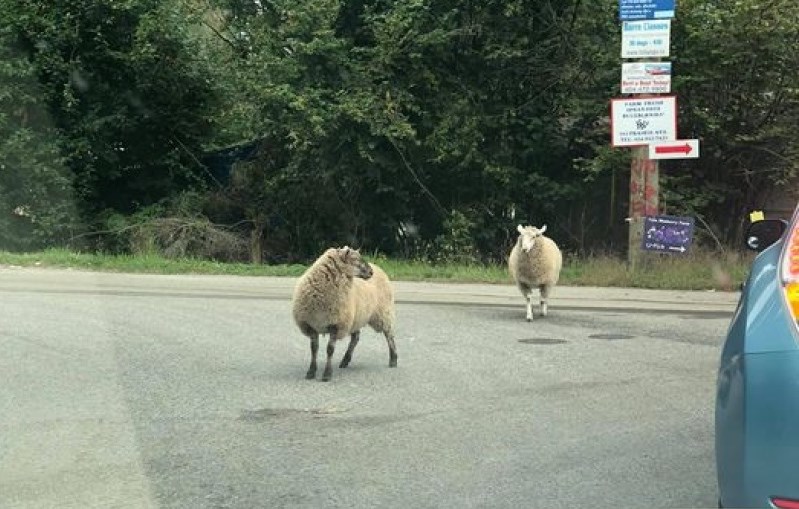 Rowen Brand posted this photo on the Port Coquitlam Community Facebook page Wednesday asking if anyone had lost their sheep. Photo by Rowen Brand

A couple of ‘baaad sheep’ were briefly causing traffic chaos on a rural road in Port Coquitlam after they escaped their pen Wednesday afternoon.

But Coquitlam RCMP quickly rounded up the fluffy duo before anyone could get hurt.

“They are described as three feet tall and insolent,” said Cpl. Michael McLaughlin, who said it took two officers to collect the animals and return them to their owner.

The sheep were spotted wandering on the road at Burns Road and Prairie Avenue in Port Coquitlam at around 12:30 p.m., prompting one person to post a photo and a comment Facebook.

A number of other comments reflected the city’s diversity, stating how nice it was to live in a small town where people care when sheep get loose.

“We have wrangled the sheep and have brought them back to their owner,” McLaughlin said.