Passing grades for city halls in Metro Vancouver, but homelessness a hot-button issue

How satisfied are residents of Vancouver, Surrey, and Burnaby with their mayors?
Jan 27, 2020 7:42 AM By: Mario Canseco 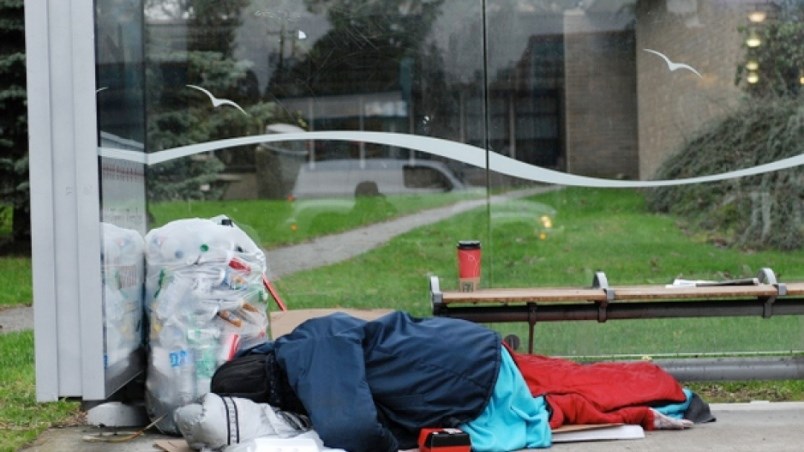 Metro Vancouver’s three largest municipalities have completed more than a year under the heads of government that were elected to office in 2018. Kennedy Stewart replaced the retiring Gregor Robertson in Vancouver, Doug McCallum came back to serve in Surrey, and Mike Hurley defeated Derek Corrigan to become the new mayor of Burnaby.

Research Co. recently asked residents of these three municipalities about their mayors as well as their satisfaction with issues that their local governments are responsible for. The results show plenty of consistency with what is working well, as well as areas where improvements would definitely be welcome.

Majorities of residents are also content with what their municipalities have done to protect the environment (66%), promote tourism (65%), foster artistic and cultural activities (also 65%) and manage development and growth (63%).

The differences become more evident on other matters. While more than half of residents are satisfied with how their municipal government is dealing with transportation, the numbers are slightly higher in Vancouver (58%) and Surrey (57%) than in Burnaby (54%). Conversely, Burnaby boasts a higher rating on dealing with crime (60%) than Vancouver (54%) and Surrey (52%).

Burnaby’s numbers are lower on two issues, with 49% of residents endorsing how the municipality engages with regular people and 44% saying it is making city hall work in a transparent and unbiased fashion. There is a high level of undecided Burnaby residents on these questions, so there is no extraordinary sign of animosity when it comes to the way the municipal government communicates and deals with residents.

Handling city finances, an issue that is usually extremely thorny, finds the three municipalities at roughly the same levels. More than half of residents of Burnaby (55%), Surrey (52%) and Vancouver (51%) feel this issue has been handled properly.

There is one topic where the goodwill of Metro Vancouver residents is not as evident. When asked how their municipality is dealing with homelessness and poverty, only 44% of residents in the three cities provide a positive response. Surrey is higher than the average at 52%, while Vancouver and Burnaby have significantly lower ratings (42% and 39%, respectively).

The approval rating for the three mayors is extremely consistent at this stage. Most Vancouverites (52%) approve of the way Stewart has performed. Similar proportions of Burnaby and Surrey residents feel the same way about Hurley and McCallum (51% and 50%, respectively).

The first full year of government has not created a major crisis for any of the three mayors, in spite of several opportunities for a stumble, such as budgets, policing and development decisions. Stewart will continue to rely on councillors case by case to push an agenda, while McCallum maintains a tiny majority after some high-profile defections. Only Hurley can rely on a solid team of supporters inside city hall.

The three municipal governments are handling the core competencies – such as picking up garbage and making sure parks are accessible – in a fashion that is satisfactory for more than two-thirds of residents. Still, other issues may play a role in defining whether the 2022 elections are easier for incumbents and see a reduction in the number of mayoral candidates who are a joke and get 0.1% of the vote as well as those who have not come to grips with the fact that they are a joke and get 0.9%.

For Vancouver, the rating on transportation is very good. We have recently seen a high level of support for bike lanes, as well as the endorsement of most Vancouverites and non-Vancouverites of extending the SkyTrain project all the way to the University of British Columbia campus. The dark cloud is the fact that Vancouver’s efforts on homelessness and poverty have not gained enough traction among residents.

For Surrey, satisfaction with crime prevention stands at 52%. This is a low number for a municipal government that is going through a revamp of the police force that, purportedly, is backed by an overwhelming majority of residents. The perceptions on public safety in surveys of representative samples will have to improve for McCallum to seek a new term against what is expected to be a more motivated and cohesive opposition.

For Burnaby, development was a major issue in the last municipal election, and the verdict of residents is satisfactory so far. However, the low rating on engagement suggests that the public might currently be a bit disconnected from the new administration. •

Results are based on an online study conducted from January 2 to January 6, 2020, among 1,200 adults in Vancouver, Surrey and Burnaby. The data has been statistically weighted according to Canadian census figures for age and gender in each municipality. The margin of error – which measures sample variability – is plus or minus 3.1 percentage points for each municipality, 19 times out of 20.