MLA Mike Farnworth called the Port Coquitlam blockade in support of the Wet'suwet'en both 'unacceptable' and a 'disgrace.'
0
Feb 14, 2020 9:57 PM By: Tri-City News 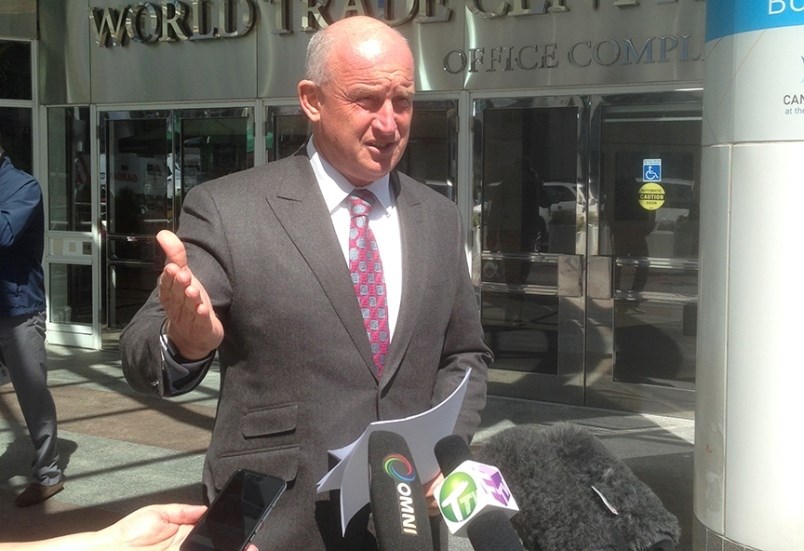 Mike Farnworth, Port Coquitlam MLA, called the Port Coquitlam blockade in support of the Wet'suwet'en both 'unacceptable' and a 'disgrace.'Photo: Jeremy Hainsworth

Mike Farnworth, Port Coquitlam MLA, Minister of Public Safety and Solicitor General, has called out the recent blockade of a trunk rail line in the city, calling it both “unacceptable” and a “disgrace.”

The blockade, locally led by a group called the Red Braid Alliance for Decolonial Socialism, hit about 11,000 passengers who use the West Coast Express commuter rail service and get on and off at eight stations between Mission and Vancouver.

As news of the blockade spread, Farnworth expressed his displeasure in the protest camp that has blocked national rail service and affected transit riders.

Blocking West Coast Express is not lawful or peaceful protest, it is unacceptable and a disgrace. @TriCityNews @GlobalBC

Port Coquitlam Mayor Brad West also spoke up on Twitter, criticizing the blockade for targeting the workers of Port Coquitlam in order to “maximize the damage and chaos inflicted on people in PoCo.”

"Mike. Colonization and oppression of First Nations people is unacceptable and a disgrace," she wrote on Twitter. "If your government was committed to reconciliation & thorough consultation we wouldn’t be in this situation. This is on you and federal politicians who haven’t met their mandate."

Other leaders, like Prime Minister Justin Trudeau and B.C. Premier John Horgan, spoke Thursday about the need to work together to resolve the pipeline tensions that have resulted in solidarity blockades in Ontario, Manitoba and B.C.

Indigenous leaders in B.C.'s northeast have invited federal and B.C. politicians to meetings to find solutions.

The blockades began last week after RCMP enforced an injunction against Wet'suwet'en hereditary chiefs and their supporters, who are blocking construction of the Coastal Gas Link natural gas pipelilne. The project has the support of 20 elected band councils, who have signed benefit agreements with Coastal Gas Link.

—With files from Diane Strandberg