For one, a person was rescued on White Rock Pier after powerful winds cut the popular, 100-year-old structure in half on Thursday afternoon.
0
Dec 20, 2018 6:10 PM By: Elana Shepert

From fallen trees to roofs flying off, a broken pier to blocked SkyTrain tracks - Metro Vancouver had its share of weather damage on Thursday.

Environment Canada called for a chance of storm on Tuesday, but Thursday's storm left evidence of just how powerful its winds were.

For one, a person was rescued on White Rock Pier after powerful winds cut the popular, 100-year-old structure in half on Thursday afternoon. What's more, the storm also caused power outages across the Lower Mainland and Vancouver Island.

Powerful winds in the Lower Mainland

Today’s #BCstorm is a little crazy in the @City_Abbotsford. This barn just went airborne. Watch out for flying debris. Stay inside if you can. @GlobalBC @CTVVancouver pic.twitter.com/cLaEimL9LN

Tree branches come crashing down near YVR in Richmond. Told the driver of the pickup made it out the passenger door - luckily not injured. Windshield smashed and believe it or not there's another vehicle under there. #BCstorm @CTVVancouver pic.twitter.com/Lc79jHQFrF

This #bcstorm woke me up this morning, and let me tell you it was not Santa on my roof... 😂😖 waiting for the tornado warning .. lolllll #happybirthdaytome pic.twitter.com/AKikCBbzl5

Getting closer to high tide. Several docks have drifted by.... one is lodged in my flower bed. Lots of logs on the lawn and sea wall #sunnytsawwassen #bcstorm pic.twitter.com/sU7FjHL2oD 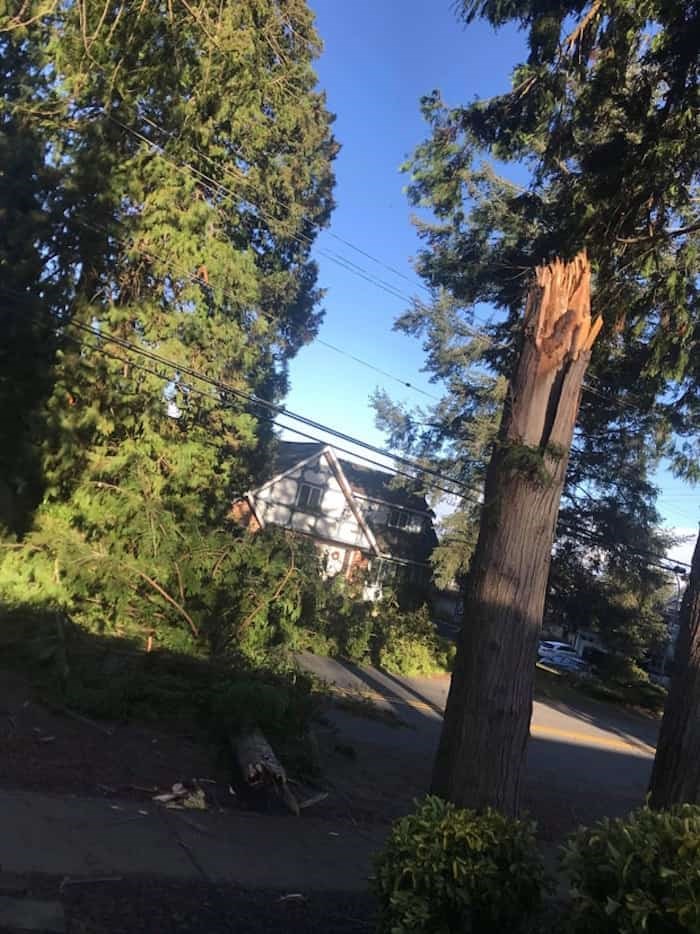 6th Avenue and 53A Street 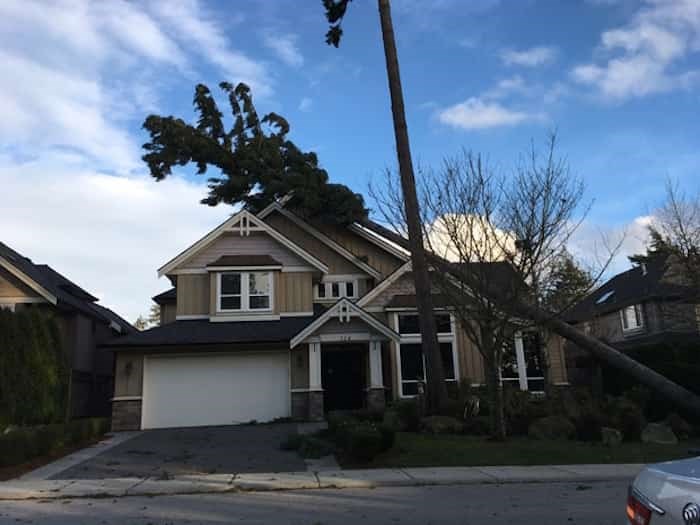 Environment Canada issued a wind warning for all of Metro Vancouver’s municipalities early Thursday morning, cautioning that “very strong wind gusts that may cause damage are expected or occurring.”