The founder and current leader of the People's Party of Canada stopped in Kitsilano for a mask-less indoor meal
Jun 9, 2021 8:45 AM By: Cameron Thomson 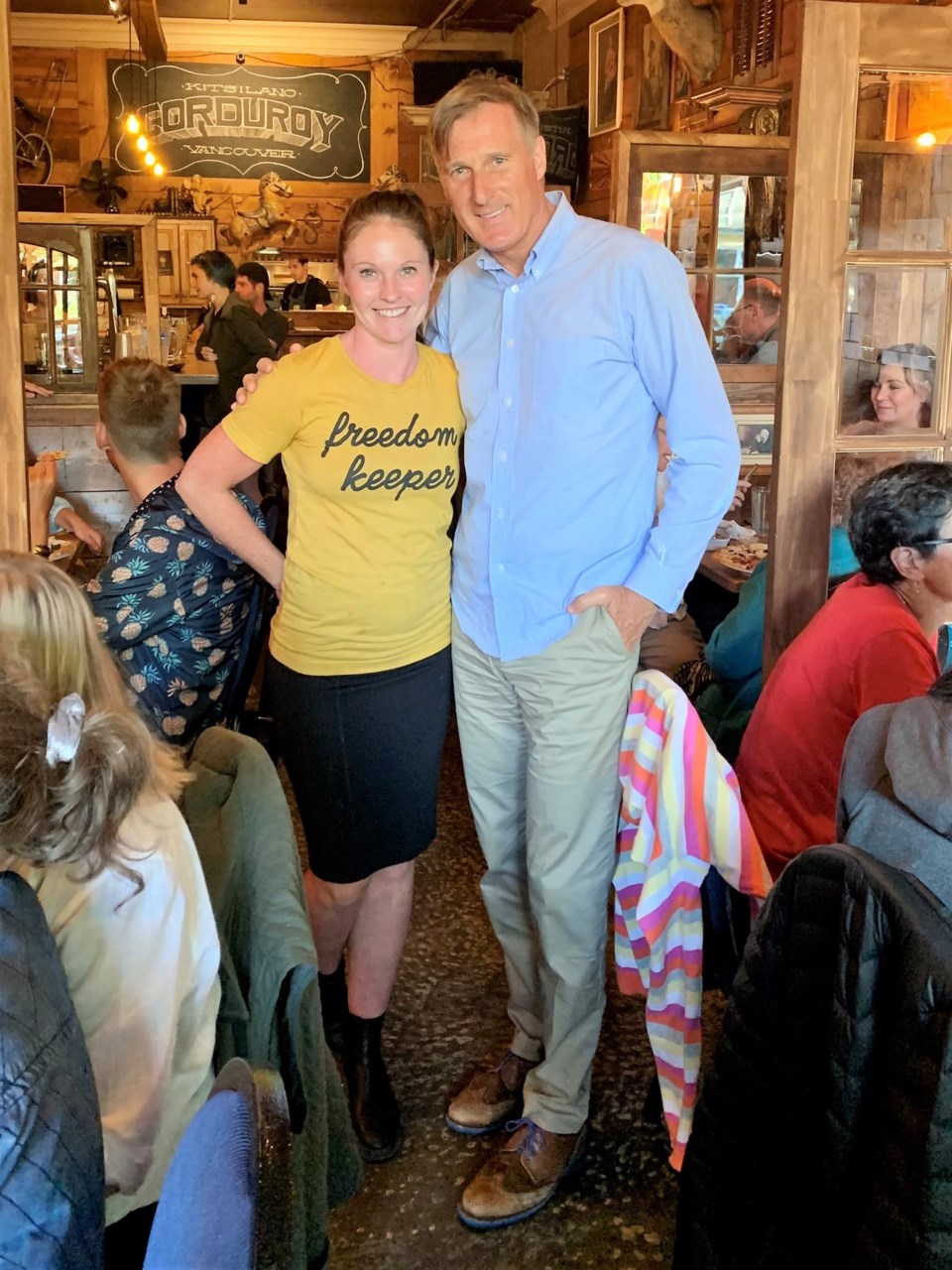 The founder and current leader of the People's Party of Canada Maxime Bernier stopped by the controversial Corduroy Restaurant in Kitsilano.Maxime Bernier

The founder and current leader of the People's Party of Canada just had a meal in a controversial Vancouver restaurant condemned by B.C. health officials.

Maxime Bernier posted photos and videos from inside Corduroy restaurant in Kitsilano yesterday (June 8) where he celebrated the “courageous” restaurant owner Rebecca Matthews. In April, Matthews opened the restaurant despite a B.C. public health order shutting down all indoor dining and consequently had her business and liquor licenses temporarily suspended.

The restaurant also drew the ire of Vancouver Mayor Kennedy Stewart when a largely maskless crowd was seen gathering outside the establishment in late April. Along with calling the decision to flout public health orders unacceptable, Stewart threatened court injunction against the restaurant.

If you are in the Vancouver area, you have to visit Corduroy Restaurant, whose courageous owners Rebecca Matthews and her husband defied authoritarian lockdown orders and decided to stay open and serve customers indoors. Thank you for welcoming us! https://t.co/pfT9fILDtu

Seemingly well aware of the restaurant’s past controversies, Bernier Tweeted his support for Matthews and her defiance.

“If you are in the Vancouver area, you have to visit Corduroy Restaurant, whose courageous owners Rebecca Matthews and her husband defied authoritarian lockdown orders and decided to stay open and serve customers indoors,” Bernier writes.

In a video where Bernier grandstands for the restaurant’s patrons, the PPC leader says this is his first time being inside a restaurant with people and without a mask since the coronavirus (COVID-19) pandemic began.

Possibly referring to his “Mad Max” tour, Bernier went said the restaurant was a welcome change from the Tim Hortons he has been eating while on the road in Alberta or Manitoba. Other posts to his Twitter account show Bernier attending many anti-mask and anti-lockdown rallies across the country.

At the Corduroy Restaurant in Vancouver yesterday with owner and anti-lockdown heroine Rebecca Matthews and a bunch of happy people. @PPCNaomi pic.twitter.com/Ssugu59diL

Under current Public Health Orders dining inside restaurants, pubs, and bars is allowed with capacity limits based on physical distancing requirements. Orders also state there can be a maximum of six people at a table and masks must be worn when not seated.

In the photos posted by Bernier, it is unclear as to whether the restaurant patrons have masks of their own but in the video Matthews and Bernier hug after his speech. Restaurant staff on the floor, in the kitchen, and Matthews are seen without masks on in the images.

Everything Canadians need to know about travelling with a 'vaccine passport' this summer
Jun 2, 2021 12:21 PM

Here is when a B.C. pharmacist will contact you for your second AstraZeneca dose (CHART)
Jun 7, 2021 11:29 AM
Comments