Pride Week was recognized by the City of Vancouver today, July 29, with the raising of both the Pride and Tran flags at city hall.
0
Jul 29, 2019 7:15 PM By: Sandra Thomas 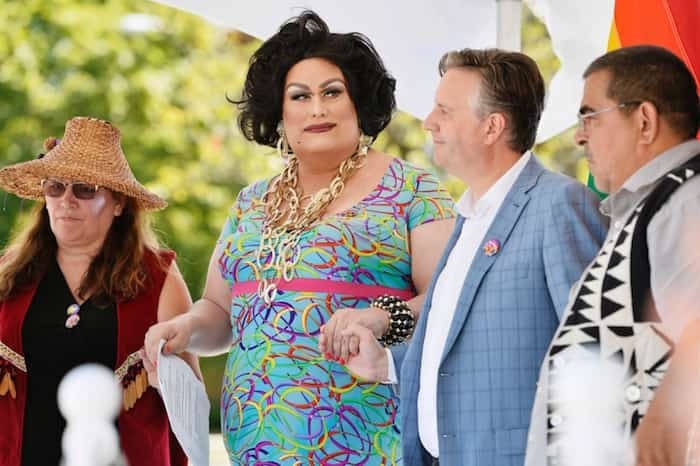 Pride Week was recognized by the City of Vancouver today, July 29, with the raising of both the Pride and Tran flags at city hall.

Long-time Vancouver Pride ambassador Joan-E was MC for the event, which was held on the steps of city hall and attended by Mayor Kennedy Stewart, members of council, the Vancouver Pride Society (VPS) and elders and councillors from Musqueam Indian Band, Squamish First Nation and Tsleil-Waututh Nation.

Parade marshal and Canadian Indigenous artist Idris Hudson was also in attendance. Hudson is known for his TEDx talk, "Consciousness is Irreversible,” during which he encouraged others to build a dialogue with the homeless. Hudson is also dedicated to harm reduction within the LGBTQAI2S+ community. 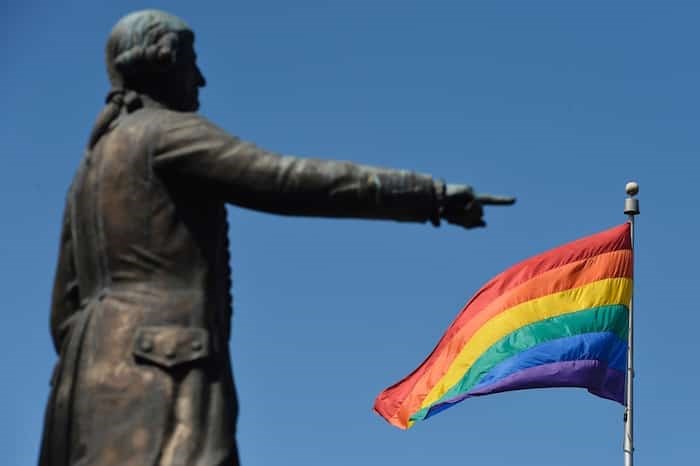 As a proponent of inclusive community engagement, Hudson helped found the popular Untoxicated festival, which is held annually during Vancouver Pride. Since the festival's inception, Untoxicated has hosted entertainment power players and community advocates to further the message that addiction recovery is living.

Other 2019 parade marshals include DJ Orene Askew, a two-spirited activist and youngest elected member and spokesperson for Squamish Nation Council; and members of Queer ASL, including founder Zoeé Montpetit, who fights for “queer and trans” equality and accessibility to spaces typically frequented by cis men and women. The word “cis” is used to describe people whose gender identity matches the sex they were assigned at birth.

The theme of this year’s Pride Week, which is part celebration, part protest, is Vancouver Pride 2019: 50 Years & Still Fighting. On May 14, 1969, Bill C-150 partially decriminalized some same-sex practices. The VPS says that despite the fact decriminalization of "gross indecency and buggery" for two men over the age of 21 in private spaces was introduced 50 years ago, the fight for liberation continues to this day.

“The addition of sexual orientation (1996) and gender identity (2017) to the human rights code, the right for same-sex couples to adopt (1995), common-law benefits (1999-2000), same-sex marriage (2005) and other legal wins were battles hard won by our communities, not rights bestowed on us by a benevolent government,” the society said in a press release.

This year the VPS and Pride Week were buoyed by a $1 million in federal funding through the new Canadian Experiences Fund. The funding, which will be administered over two years, paid for two new staff position, headliners for the Sunset Beach Festival and for the creation of a three-day Davie Village Promenade event with a Pride Patio during Pride Weekend, Aug. 2 to 4. In 2020, the VPS is planning six Pop-Up Pride events, including film screenings and mural paintings, which will occur throughout that year.

The VPS has been the focus of recent scrutiny due to its decision to ban both the University of B.C. and the Vancouver Public Library from participating in the Pride Parade. The VPS says the two institutions were excluded because they allowed “transphobic” speakers to rent space for public events.