A “protesting grandpa“ was arrested as he tried to sneak onto a barge and climb a crane at the Trans Mountain pipeline’s Westridge terminal.
Jul 10, 2019 10:42 AM By: Kelvin Gawley 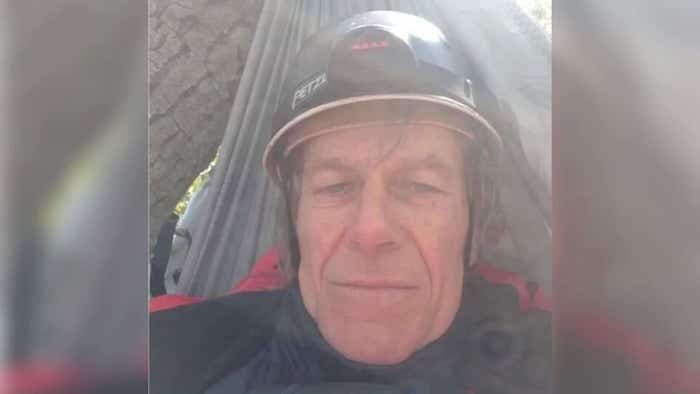 A self-styled “protesting grandpa“ wearing a wetsuit and snorkelling mask was arrested early Wednesday morning as he tried to sneak onto a barge and climb a crane at the Trans Mountain pipeline’s Westridge terminal.

Terry Christenson, 71, planned to unfurl a banner from the top of the crane reading “No tankers,” according to a press release from protest group Stand.earth.

But he was arrested around 3:50 a.m., according to a press release from the Burnaby RCMP.

“The male allegedly entered the property from the surrounding water and was arrested wearing a wetsuit and snorkel gear,” Cpl. Daniela Panesar wrote in the release.

It was Christenson’s third arrest in Burnaby for a demonstration against the proposed expansion of the pipeline project. In March 2018, he climbed a tree near the project’s Burnaby Mountain tank farm, and in April 2019, he climbed a tree inside the company’s Westridge property and removed a metal guard preventing eagles from nesting.

Christenson, a Juno-nominated country singer and professional climber, has previously said he protests the pipeline to fight climate change for his grandchildren.

“My grandkids are going to be much more impacted than me as young adults, and I feel it's my duty to help protect future generations from climate change,” he told the NOW in April.

He remains and custody and will appear in court later today, according to police.

“The primary concerns of the police are public safety, police officer safety and preservation of the rights of demonstrators to their freedoms of expression, association and mobility as guaranteed by the Canadian Charter of Rights and Freedoms,” Panesar wrote.