The City of Vancouver's street cameras show dozens of people

Elana Shepert
May 31, 2021 5:02 PM
Previous Next
1 / 1 Protestors who were calling for an end to old-growth logging in Fairy Creek blocked traffic in downtown Vancouver. Photo via City of Vancouver
Expand
Previous Next

Protestors who are calling for an end to old-growth logging in B.C. blocked traffic in downtown Vancouver on Monday (May 31) evening.

Protestors held signs that read "Save Fairy Creek" as well as other messages calling for B.C. to save its forests.

An online fundraiser in support of the many "Indigenous land defenders" protesting against old-growth logging on Vancouver Island has raised tens of thousands of dollars in a matter of days, more than doubling its initial goal of $15,000.

At the time of this writing, the GoFundMe campaign titled "Support For Indigenous Land Defenders -Fairy Creek" had raised more than $43,000 from more than 640 donors.

The protest also follows last week's story of an old-growth tree cut down in 2020 being moved recently near Nanaimo.

Vancouver Police spokesperson Tania Visintin told V.I.A. that the protest was peaceful and no arrests were made.

Have a look at some images from the protest. 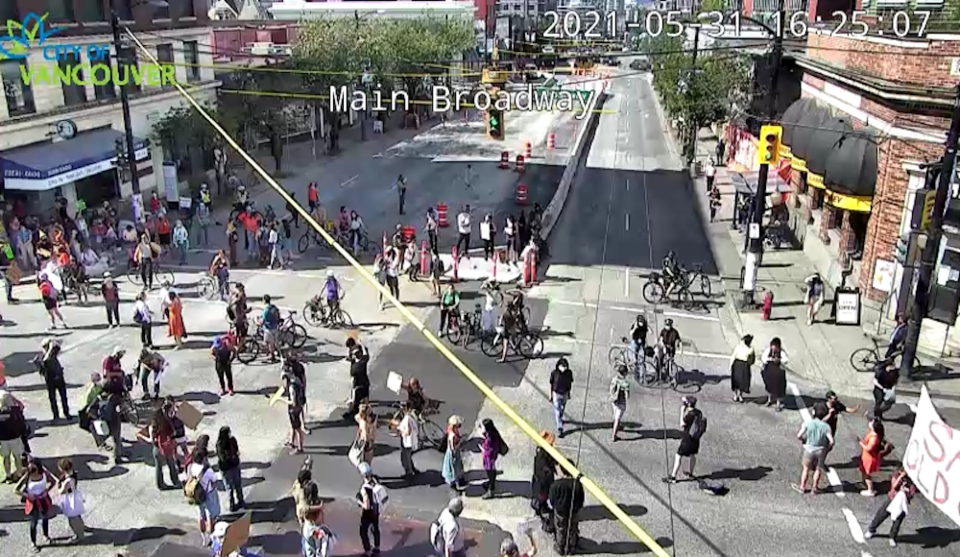 Photo via City of Vancouver

With files from Megan Lalonde.