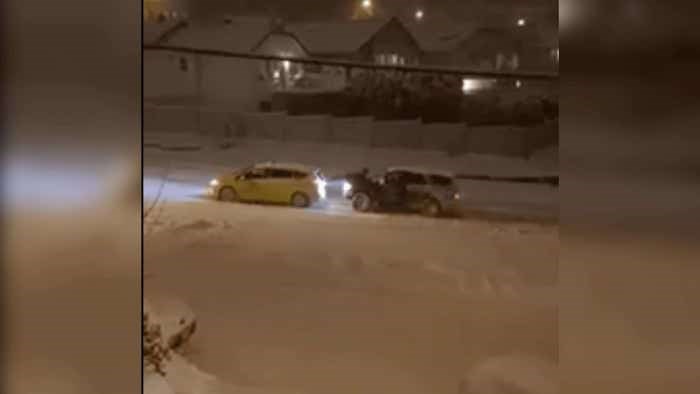 Metro Vancouver doesn't see a great deal of snowfall throughout the year, so the region often struggles when frigid temperatures bring flurries.

And while there are a number of conventional ways to deal with the 'snowmaggedon,' a few people take daring risks in the snow.

For example, Jonnie P Daguno posted a video to his page that is causing a great deal of commotion.

"I've never seen this technique before hahahaha," laughs P Daguno in the caption.

"This happened in metro Vancouver on Surrey Road in Surrey, BC Canada."

The comments speculate as to whether the individual is tied down to the SUV or has any protective gear, and also that the tactic was very dangerous. Of course, it could also have been a stunt for the camera, but the video does not explain exactly what happened.

The video was posted yesterday and already has 457,000 views on Facebook as well as 7,433 shares.

Just hours after Environment Canada lifted one snowfall warning for the region, a second has been issued as the weather office warns of “a long period of snowfall with total amounts of 10 to 15 centimetres expected.”