British Columbia's Education Ministry says an inspection will be conducted at a Vancouver private school following a report of alleged racist behaviour by students.
0
Oct 18, 2019 1:15 PM By: The Canadian Press 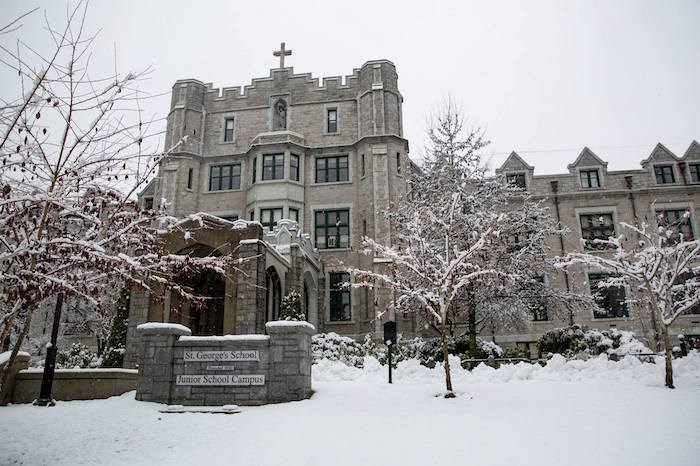 VANCOUVER — British Columbia's Education Ministry says an inspection will be conducted at a Vancouver private school following a report of alleged racist behaviour by students.

In a statement, the ministry says St. George's School was contacted when it became aware of what the school describes as "deeply offensive behaviour online."

The ministry says its inspection will ensure operations at St. George's reflect the Independent School Act and that anti-bullying and harassment policies are protecting students, regardless of their gender, race, culture, religion, sexual orientation or gender identity.

A statement from the school says the actions of a number of students contravened its Student Code of Conduct and Core Values.

Samantha Wink, the head of communications at the school, says in the statement that the Vancouver Police Department's school liaison officer was consulted and determined the matter is not criminal and there is no safety risk to students or staff.

She says the school's own investigation resulted in suspensions for a number of students and several have been expelled, but no other information can be released because of St. George's confidentiality obligations.

The ministry says the inspection will be conducted in November.

"B.C.'s schools are places of learning — racism is unacceptable and not tolerated," the ministry statement issued on Friday says.

"Any report of racist behaviour is very concerning. As soon as the ministry became aware of this incident it immediately contacted the school."

St. George's School is a university preparatory school for boys. Its website says 1,160 Canadian and international students attend classes in grades 1 to 12.

This report by The Canadian Press was first published Oct. 18, 2019.