How to handle living in Canada's rattiest city (the humane way)

Aside from ranking fourth on Canada's list of cities with the most bed bugs, Vancouver is also notorious for its rat problem.
0
Jan 15, 2019 4:49 PM By: Elana Shepert

Close-up young rat sniffs leftovers on a plate on sink at the kitchen. / Shutterstock

Aside from ranking fourth on Canada's list of cities with the most bed bugs, Vancouver is also notorious for its rat problem.

In fact, Vancouver was named the rattiest city in the country by Orkin, Canada's largest pest control company. What's more, Burnaby, Richmond and Surrey all placed in the top five. As such, it is safe to say that Metro Vancouver is rather ratty, as the rodent population continues to soar throughout the region.

Of course, people actively try to control the rat population, but it isn't always an easy task. Nevertheless, the BC SPCA reminds residents to choose humane ways of doing so.

As the house mouse, norway rat, and roof rat - the usual suspects - seek out food and shelter, they often make their way into businesses and homes. 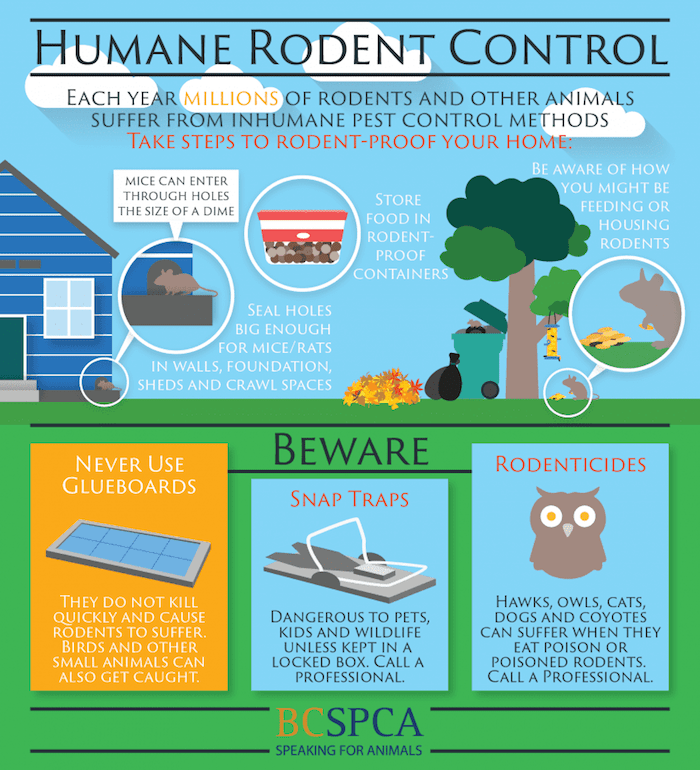 If rodents still make their way inside, however, then people may opt to set traps. For incidents with few animals, one-way doors, cage traps or other live traps may be used. Once the animal is caught, then they may be immediately released outside. With this in mind,  if the issues that prompted them to come inside are not addressed, then they will return.

The SPCA notes that glueboards or glue traps are plastic or metal trays coated with glue to catch mice, rats and sometimes snakes or other animals, are unethical. Once the animal touches the glue, it becomes almost impossible for them to get out. As such, an animal that is left on the trap may struggle until it dies.

Similarly, poison raises ethical concerns and should be avoided if possible. Rodent poisons or “rodenticides” are widely available, as well as legal, but they cause a slow and painful death. What's more, rodenticides are also dangerous for owls, eagles and even cats that eat poisoned rodents.