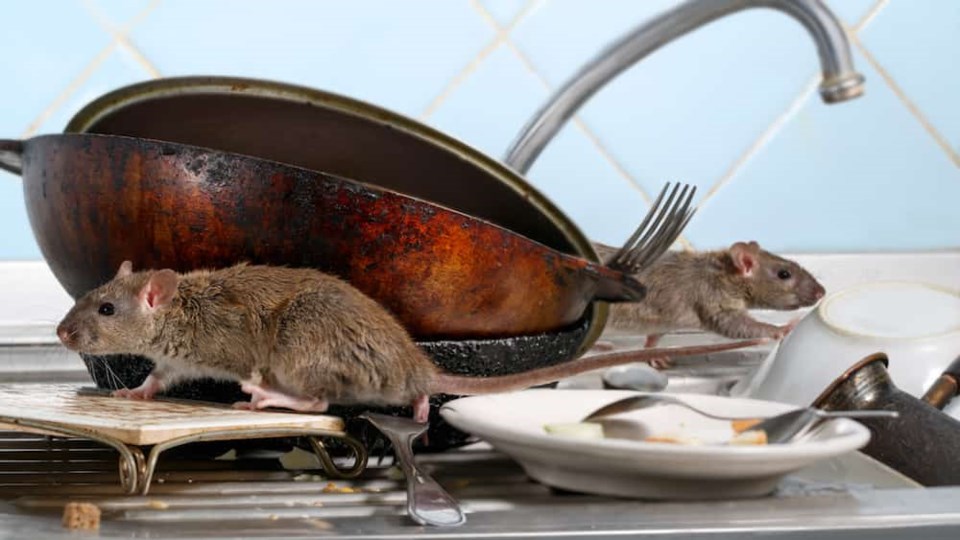 While there may not be a significant uptick of rodent sightings in Vancouver homes, some local business owners might be in for a squeaky surprise when they return to the workplace.

At the start of the pandemic, a number of businesses announced that they were temporarily closing doors, while others stated they were closing for good. Months later, some businesses have already reopened to the public, while others are hesitant to do so due to COVID-19 concerns.

But there might be a ratty reason to exercise caution, too.

Rats are creatures of habit, and if they have a constant food source, they'll typically stay put. However, thousands of restaurants and businesses shut down due to the COVID-19 pandemic, which means that many of these rodents searched for new places to dine.

Mike Londry, President of Westside Pest Control, tells Vancouver Is Awesome in a phone call that rodents may have moved into temporarily shuttered units while people were gone.

"Rats typically won't live where people do," explains Londry. "But if a business has been closed for a considerable amount of time, there may be evidence of them of them when the owners return."

Londry adds that this often happens when people go on vacation. While people won't have an issue with the large rodents while they are around, they'll return home to droppings, rub marks, and damage.

Londry says when you take away a rat's food source, which could be anything from a restaurant to a garbage can in Stanley Park, the animal will relocate to find a new one. He adds that this isn't always pretty, as rats are extremely territorial. If a family of rats has been living at a given residence for a long time, they won't take kindly to new arrivals.

"Rodents are very cannibalistic and very territorial. They'll kill each other over a food source," notes Londry.

Rats will eat each other when desperate for food, and Londry says that technicians have checked traps and discovered that another rat has devoured most of the animal in it. With this in mind, he notes that rodent behaviour will change due to the pandemic, and that there could be a significant migration of rats in Vancouver. For example, he says Stanley Park rats could migrate into the West End.

With this in mind, Londry says that the rodent situation isn't as dire here as it is south of the border. However, he adds that there a number of "rat battles" have likely taken place in Vancouver's streets and alleys.

In the United States, the Centre for Disease Control says that restaurant closures have led to a decrease in food for rodent populations. It states that, "Environmental health and rodent control programs may see an increase in service requests related to rodents and reports of unusual or aggressive rodent behavior."

The Washington Post writes that a pest expert sent a photo to urban rodentologist Bobby Corrigan that depicted the remains of a brutal battle: "A nest of rats had left to scrounge for food at their usual city block of restaurants but turned on each other when they couldn’t find enough scraps, Corrigan believes. A pile of rat limbs on the sidewalk was all that remained."

A video from the start of the pandemic shows a bunch of rats scurrying together on the historic Bourbon Street in New Orleans.

Londry notes that as the city opens up it is crucial that restaurant owners have effective cleaning protocol in place. For those who open roomy outdoor patios, it is important that the patios are cleaned throughout the day and at the end.

Londry says it is important for people to call pest control if they suspect they have a rodent issue. Rats can carry over 50 different viruses, and they can make people extremely sick. Westside Pest Control technicians are taking extra precautions due to COVID-19, and wear a full face respirator, gloves, booties, and sometimes a full protective suit. For people who are high-risk, technicians will investigate the property from the outside to locate the rodent's entrance, which enables them to do as little work inside as possible.