Surrey RCMP is asking the public to come forward with any information that might further an investigation into a counterfeit currency ring in the Newton area.

The investigation began on Jan. 8, after Surrey RCMP frontline officers responded to numerous reports stating that counterfeit American currency (US dollars) had been used at various businesses in the Newton area. The amount of counterfeit currency that had been circulated in the community was over $5,000 USD.

After taking control of the investigation in the Newton area, the Surrey RCMP Community Response Unit (CRU) executed a search warrant at a residence in the 7600-block of 134A Street on Jan. 23. The unit seized an additional $12,000 in counterfeit US currency, $120 in counterfeit Canadian currency, equipment that had been used to produce counterfeit currency, as well as numerous knives and replica firearms.

Terita Herbert, 33, has been charged with Possession of Counterfeit Currency.

“The victims of this type of fraud often find themselves paying out of pocket for the financial losses. It’s affecting their business, but in many cases they are affected personally as well.” 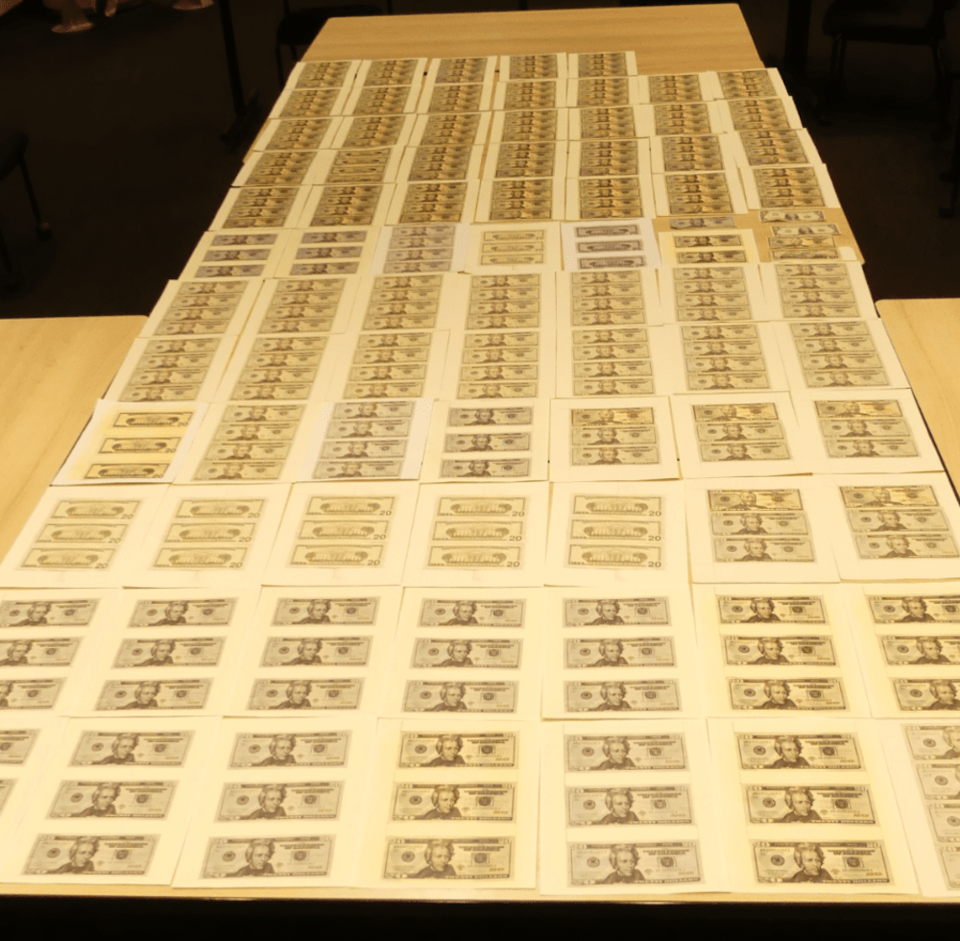 Although charges have been laid, the investigation is on-going. Anyone with information about this incident is asked to call Surrey RCMP at 604-599-0502 or, if you wish to make an anonymous report, contact Crime Stoppers at 1-800-222-TIPS or www.solvecrime.ca.