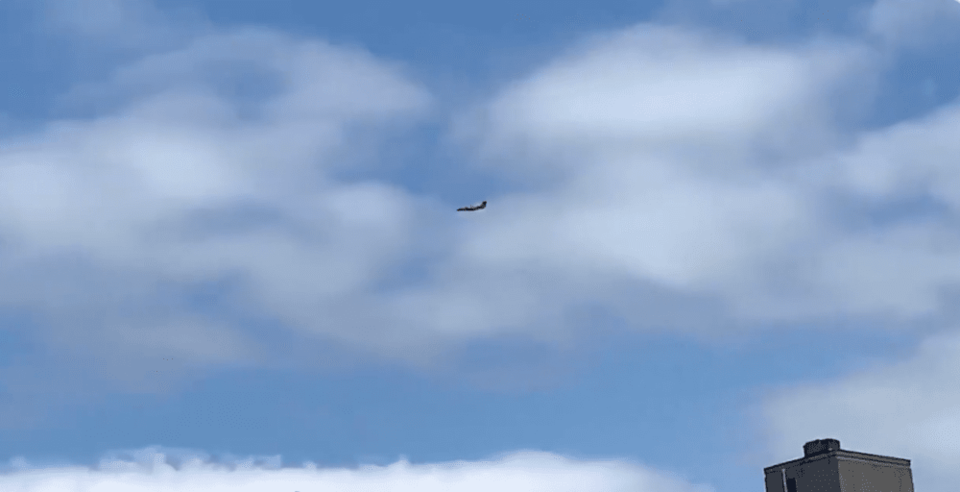 Vancouverites took to social media to post images and videos of a red plane that was circling over Downtown Vancouver this week.

Anyone know what the deal is with the orange aircraft doing circles around downtown #Vancouver ? pic.twitter.com/Kv6oBOZgav

Katy Mackenzie also shared a couple of images of the plane, asking if, "Anyone know why this plane is flying in circles over downtown Vancouver??"

Anyone know why this plane is flying in circles over downtown Vancouver?? #plane #downtown #vancouver pic.twitter.com/0JlRTOD5iu

Joanette adds that Transport Canada uses a red Dash 8 aircraft, based at the Vancouver International Airport, to conduct maritime surveillance patrols along the coast of British Columbia.

"On May 30, 2020, the Dash 8 aircraft flew over Vancouver Harbour as part of a routine maritime pollution detection patrol," she said. "The aircraft sometimes conducts surveillance at lower altitudes to survey the site and to gather further information, which is then provided to appropriate authorities for further follow-up."

Transport Canada currently has three aircraft strategically located across Canada in Vancouver, Moncton and Ottawa, as part of its National Aerial Surveillance Program. During the summer shipping season, the one in Ottawa relocates to the Arctic.