Harbour Air is still testing out its e-plane, which had its first test flight last year
Dec 12, 2020 10:44 AM By: Kirsten Clarke 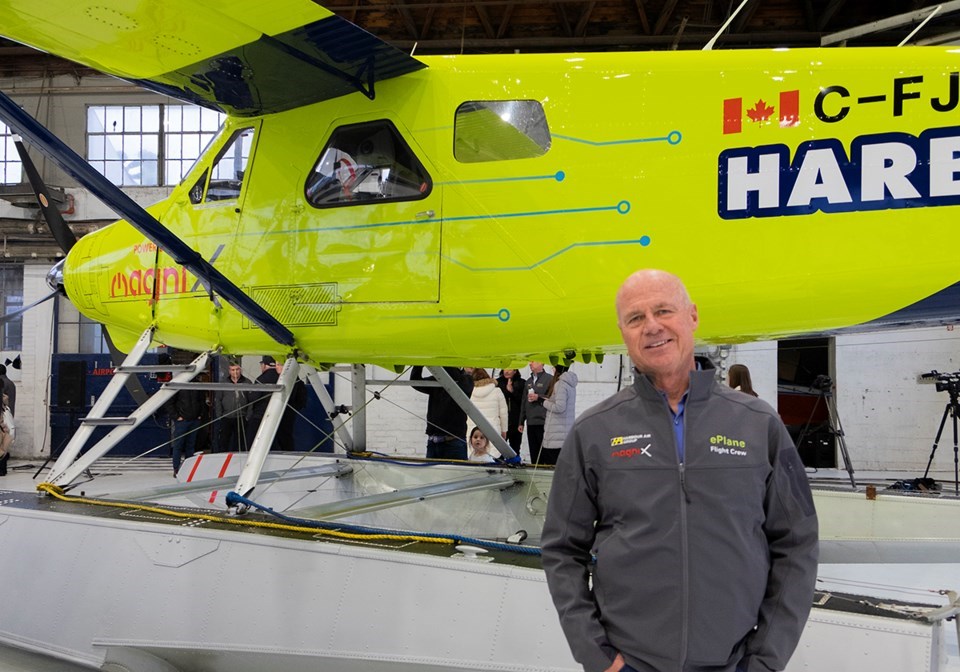 A Richmond-based airline is the first in Canada to join Amazon’s Climate Pledge, as it marks one year since the first test flight of its all-electric plane.

Signing the pledge was a “no brainer,” said Harbour Air founder and CEO Greg McDougall, with the company having already achieved, or planning to meet, the goals set out in the pledge – under which signatories commit to neutralizing their carbon footprint by 2040, a decade before the deadline set by the Paris climate agreement.

“We’re totally carbon neutral at this point, so we’re offsetting,” said McDougall. “And then, we have the whole electrification program, which, you know, if we don’t have it done by (2040), then it’s not going to get done. For us, it’s (the pledge) kind of a no brainer.”

The airline achieved carbon neutrality in 2007, partnering with Vancouver-based Offsetters to offset Harbour Air’s fuel emissions by taking the same amount of carbon out of the atmosphere, MacDougall explained. A mandatory fee of about $1.50 on ticket prices goes towards the offsetting project.

It’s something that the airline is “super proud of,” said McDougall.

“It kind of gets back to the whole unique sort of position that we have in the aviation industry, which is that we’re a substantial commuter carrier but we do very short stage legs, and we have a very low energy burn in terms of the kind of aircraft we use…So we’re in this position of being able to economically do things that other carriers might not otherwise be able to do.”

Harbour Air joined 12 other companies in signing the pledge on Wednesday, including Microsoft, Brooks Running and British-based Unilever, the company which owns beauty brands such as Dove, Tresemme and St. Ives.

In total, including Amazon, 31 companies have now signed the pledge.

Harbour Air signed the agreement ahead of the one-year anniversary – which took place Dec. 10, 2019 – of the first test flight of its e-plane, a six passenger, all-electric DHC-2 de Havilland Beaver. Longer term, the airline’s goal is to convert its entire fleet to electric planes.

Testing of the e-plane has continued throughout 2020, and recently Harbour Air received a new flight permit to test the plane’s extended range, to demonstrate to Transport Canada that the plane is able to safely fly longer distances.

“When we say, well, we want to fly 45 minutes versus half-an-hour, we have to prove that on each case, that the batteries are capable of doing that safely,” said McDougall.

One of the major steps happening in the next week or so, he added, is that the airline will be getting a new battery pack for the e-plane, which is lighter, but more powerful, than the one currently used. That means that the plane will be able to carry passengers in an “economically viable” way.

“If you look back to a year ago when we flew the aircraft, it was basically taking off at gross weight with just me on board, because the battery is so heavy,” said McDougall. “(The new battery) basically allows us to go twice as far or carry twice as much, or a combination thereof.”

Testing for the e-plane will continue throughout 2021, and likely the plane won’t be approved to carry passengers for another two years, he added.