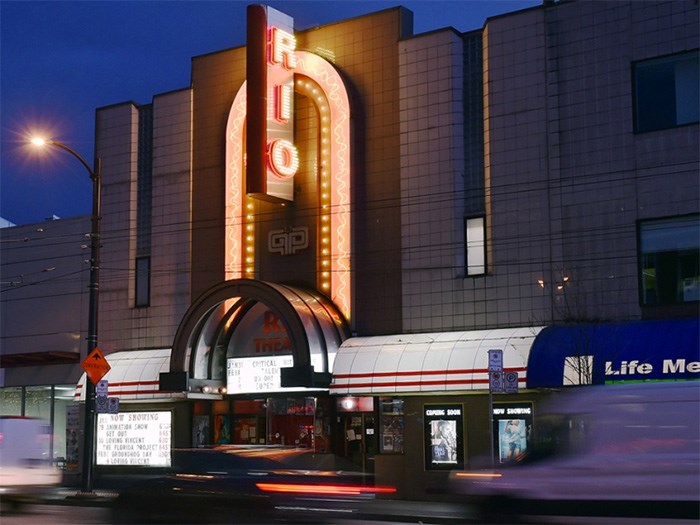 The Rio Theatre’s Indiegogo campaign closed on Monday night after raising $500,000 in 50 days. Lea and a team of investors now need to come with up with another $2.5 million before May 7. Photograph By DAN TOULGOET

A single, $10 donation from India or an elderly woman rushing in to make a donation in her pajamas just shy of a midnight deadline.

As daunting as kicking up $2.5 million in three weeks may be, it’s those types of gestures that have Corrine Lea pretty certain that the Rio Theatre will be saved from redevelopment.

Adding to that buildup of momentum was an email Lea received from Indiegogo Tuesday that reads as follows:

"Congrats on not only raising over $500,000, but also being the highest funded campaign to save a theater in the history of crowdfunding!"

Lea spoke to the Courier Tuesday morning, just hours after the online crowdfunding campaign officially closed. A benchmark of $1 million was set about two months ago and the final tally eclipsed just north of $500,500.

“A million dollar goal on a crowdfunding site was extremely ambitious,” Lea said. “I didn’t know what to set it at because our ultimate goal was $3 million, so it was really just kind of a guess.”

Lea now has until May 7 to raise the remaining $2.5 million. She’s relying on a team of about 20 investors to do so and estimates she’s about half way towards that total.

Monday’s bookend to the Indiegogo campaign featured karaoke and random acts of kindness. A $1,000 donation was dropped off, along with a last-minute $50 top up.

“Last night a woman came in just before our deadline and she had an overcoat over her pajamas,” Lea said. “She was an elderly lady and she said she was about to go to sleep but she realized she hadn’t donated yet. She walked all the way over in her PJs to give us $50.”

Not surprisingly, the vast majority of donations — $418,000 — came from Canada, with an additional $70,000 from our neighbours to the south. Dubai of all places came in with the third highest donation amounts. Lea’s friend works as a stewardess and galvanized efforts in the Middle East country to the tune of $1,500.

At the bottom end of the list, a lone $10 donation came in from India. Donors from Australia and Mexico kicked in more than $1,000 each, and hundreds of dollars came predominantly from Europe and Asia.

“To raise $500,000 in 50 days is unprecedented,” Lea said. “There is no other theatre that has been able to do that on Indiegogo. Worldwide, nobody else has done that, so that’s a pretty incredible feeling.”

Though the online fundraiser is now closed, Lea said donations can still be made in person at the Rio up until the May 7 deadline.