Short-term rentals are currently not permitted in West Vancouver. However, there is broad support from the district to allow properties that have heritage value, such as the Boyd House, to be used as short-term rentals.
Dec 16, 2019 4:09 PM By: Ben Bengtson 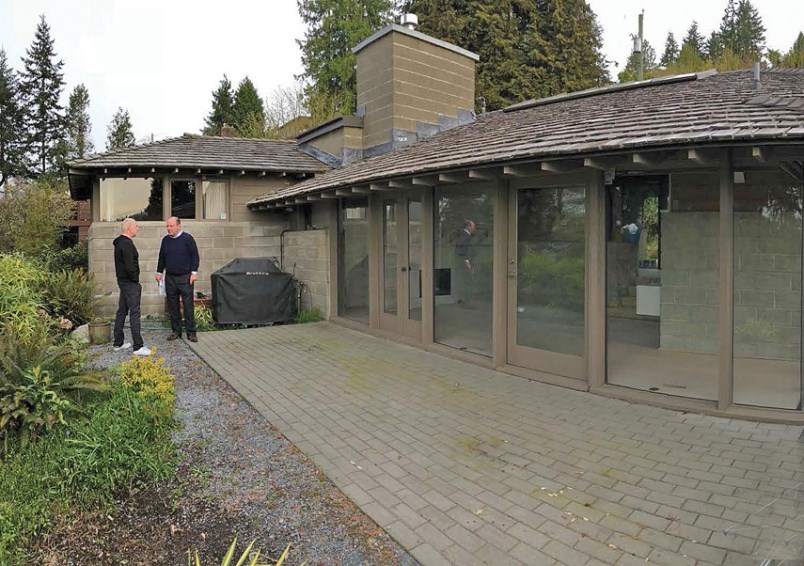 West Vancouver council has given first reading to an HRA for the Boyd House, which proposes subdividing the property into two lots and allowing short-term rentals. Photo courtesy The Airey Group

In order to keep a heritage house in the community long term, West Vancouver may be looking at a short-term solution.

Council gave first reading to a heritage revitalization agreement for the Boyd House, at 985 Duchess Ave., during its Dec. 2 meeting, which included a proposal by the owner to subdivide the property into two lots and, in addition, allow both sites to accommodate short-term rentals.

Designed by renowned architect Ron Thom in 1956, the Boyd House is an excellent example of mid-century West Coast Modernism, according to a staff report.

The house is located on the northern portion of a steep 9,123-square-foot lot. If the agreement is approved following a public hearing, the owner will be allowed to subdivide the property into a 6,109-square-foot lot that would retain the Boyd House and another 3,015-square-foot lot where the owner could build a new single-family dwelling on the southern end of the site.

Heritage revitalization agreements are common in many B.C. municipalities, incentivizing heritage property owners to preserve and maintain their properties in exchange for increases in density or subdivision of land.

Although council voted to send the project to public hearing, the HRA proposal included an item asking council to allow both subdivisions to accommodate short-term rentals, which was the subject of a lot of discussion among councillors and staff.

Short-term rentals are currently not permitted in West Vancouver. However, under council’s economic development plan, there is broad support from the district to allow properties that have heritage value, such as the Boyd House, to be used as such short-term rentals, according to a staff report. 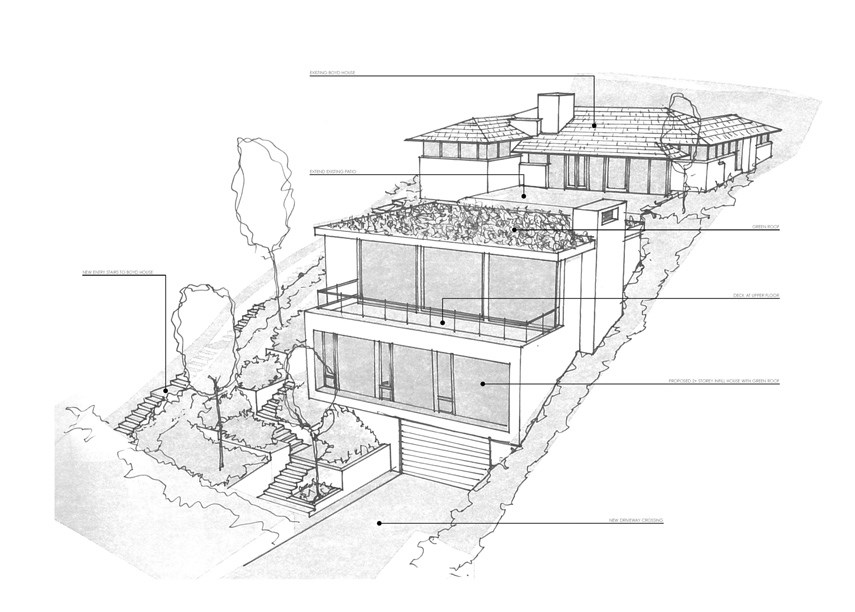 An artist’s rendering shows what the Boyd House will look like following construction of a second home.

“I didn’t actually know, and I’m remiss, that we actually encourage short-term rentals in our [Official Community Plan] for heritage properties,” said Coun. Craig Cameron, noting the district’s limited means for regulating them and the risk short-term rentals could pose when it comes to the housing crisis.

Assuming the heritage revitalization agreement was passed by council, Cameron questioned why the new property on the subdivided land would also be permitted to allow short-term rentals.

“I don’t see why we’re allowing short-term rentals of non-heritage property; to me that’s not consistent with what’s in the OCP or the economic development plan,” he said, while also admitting that allowing short-term rentals on heritage properties could be an interesting way of creating economic incentives for heritage owners to preserve their properties.

Both Mayor Mary-Ann Booth and Coun. Nora Gambioli talked about how granting a licence for short-term rentals at heritage properties could be a good way of showcasing the architectural history and tradition of the community to visitors from around the world.

“The short-term rentals concept is actually, from my understanding of the economic development plan, specifically to encourage something like what they do in places like Palm Springs, where essentially famous architects – and in our case, West Coast Modern homes created by famous architects and other homes that are heritage homes – become a destination for people wanting to come here,” said Gambioli.

Coun. Bill Soprovich took umbrage with the proposal, noting what he saw as the high cost of protecting heritage at the expense of adding density and impacting neighbourhood character.

“I’d say the system is flawed, quite frankly. There’s no reason why this house can’t be revitalized and the lower slope be turned into a garden with a lot of trees planted,” said Soprovich.

Gambioli fired back that it wasn’t realistic or economically viable for heritage owners to want to do something like that when the potentially much more lucrative options of adding a subdivision or accommodating short-term rentals were available.

“These are going to keep coming to us because we have now 130-some-odd homes on our heritage registry, which we added just a few months ago,” said Gambioli. “The question here is: do we accommodate another increase in density so that the house is kept, or do we let the house be demolished?”

A public hearing on the Boyd House HRA is set for Jan. 13 at municipal hall.

Owners of West Vancouver’s iconic ‘Pink Palace’ plan redevelopment
Oct 5, 2019 5:25 PM
Comments
We welcome your feedback and encourage you to share your thoughts. We ask that you be respectful of others and their points of view, refrain from personal attacks and stay on topic. To learn about our commenting policies and how we moderate, please read our Community Guidelines.