Actor Ryan Reynolds is helping spread the word about the campaign to crowdfund Vancouver's Rio Theatre through a donation and a tweet urging fans to do the same.
0
Mar 12, 2018 9:25 AM By: Lindsay William-Ross

Actor Ryan Reynolds is helping spread the word about the campaign to crowdfund Vancouver's Rio Theatre through a donation and a tweet urging fans to do the same.

"The Rio Theatre in Vancouver is legendary. Spoiler Alert: I plan to be buried there," posted Reynolds to his @vancityreynolds Twitter account Sunday night. Reynolds included the link to the historic venue's Indiegogo fundraising page.

The Rio Theatre in Vancouver is legendary. Spoiler Alert: I plan to be buried there. #SaveTheRio You can help rescue this landmark of community and art by clicking: https://t.co/0acPWoiFGu

The Rio also shared to Twitter that Reynolds made a donation himself. It's unclear if Reynolds did so via the Indiegogo platform or if he plans to contribute separately, however there is a donation of $2000 from an anonymous source that is time-stamped at around when Reynolds was tweeting about the venue Sunday night.

Of course, it's possible that was his, though there have been several anonymous donations and it's not necessary to pin any particular one or amount to Reynolds.

And then, this... BOOM. @VancityReynolds earns some serious #EastVan #SavetheRio stripes tonight, people. Have you donated yet? (Please RT!!) https://t.co/F5HBnSIO16 pic.twitter.com/exQumEyjdy

The Rio has turned to crowdfunding in the wake of an unexpected need for the current operator, Corrine Lea, to make a bid to purchase the site in order to prevent a sale that would lead to the property's redevelopment. The Indiegogo campaign is hoping to net a "flexible goal" of $1,000,000 CAD, and is so far, at the time of writing, at just over $136,000. 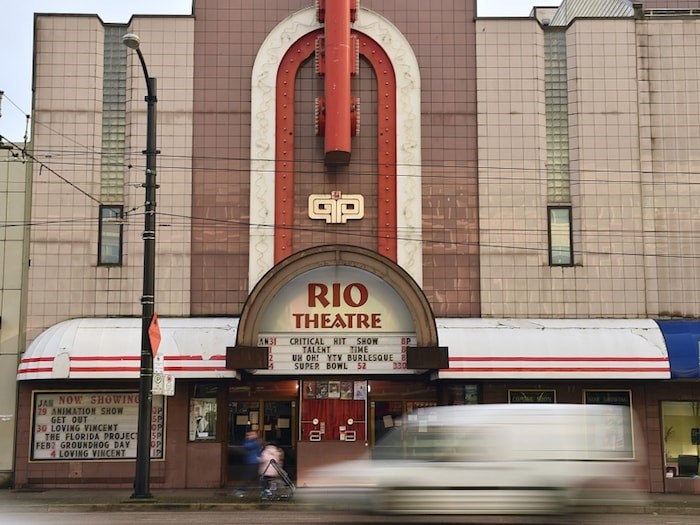 Other high-profile supporters include director Kevin Smith, who immediately offered up his assistance to participate in fundraising efforts, though Smith has been sidelined somewhat by a recent cardiac episode.

Reynolds, a native Vancouverite, has always been a vocal fan of Vancouver and the many awesome things about the city he continues to enjoy and support. In 2009, he shared with V.I.A. a few of his favourite places around the city.