Anyone missing a sailboat?

This sailboat washed up on Sunset Beach Friday. So far it’s unknown who the owner is. Photo Dan Toulgoet If you’re missing a sailboat, you might find it on Sunset Beach. A large northwest wind blew one to shore Friday.
0
Mar 13, 2018 11:11 AM By: V.I.A. 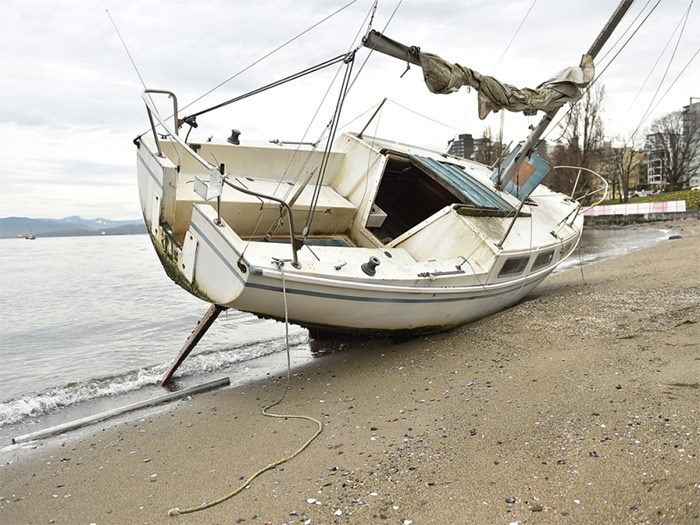 This sailboat washed up on Sunset Beach Friday. So far it’s unknown who the owner is. Photo Dan Toulgoet

If you’re missing a sailboat, you might find it on Sunset Beach. A large northwest wind blew one to shore Friday.

It’s the first to wash up in Vancouver so far this year. The Vancouver Park Board doesn’t know who owns it because there’s no registration number on the boat. The park board will pay to remove it at a cost of about $3,000.

On average, 12 to 15 boats wash ashore annually, although last year the number hit 20. Generally speaking, when a boat washes up, the park board contacts the Vancouver Police Department and Receiver of Wreck with Transport Canada to inform them of the incident, as well as Port Metro Vancouver to request a search of the vessel database to try to identify the owner and obtain contact information.

In many cases, the owner can’t be found, so the park board has the boat surveyed and applies to the Receiver of Wreck to dispose of it or sell it — 99 per cent of the time, the boat is worthless and disposed of, according to the park board.

If there’s concern about fuel, oil or other hazardous materials, the Coast Guard environmental response team will go to the scene and assist park board staff. If there’s a possibility of a man overboard or other threat to human life, the Coast Guard is the response agency.

If an owner is identified, the park board tries to contact the person to tell them about the condition of the vessel and that it’s their responsibility to remove it.

If they don’t want to deal with the boat themselves, they can sign over ownership so the park board or city can deal with it.

If the owner is unknown and the boat can be floated, it’s held at the Burrard Civic Marina for as long as the Receiver of Wreck requires. If the vessel can’t be floated, the preferred approach is to have park staff dispose of it, if possible, to reduce costs or to contact a boat salvage company to have it removed.