Sea to Sky Gondola plans to reopen with at least 20 new cars, will cost millions

While police investigate suspected sabotage at the Sea to Sky Gondola, the attraction’s closure has had an immediate, rippling effect throughout town. 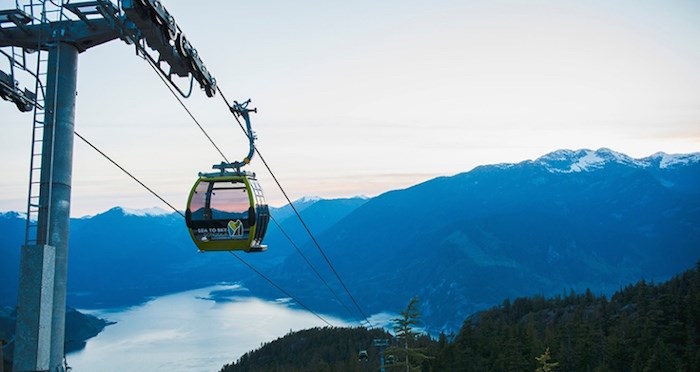 Early Saturday morning Aug. 10, the gondola’s main cable was cut, causing many of the 31 cabins to drop to the ground. Up to 20 of them may have to be fully replaced.

The cable will have to be replaced too, gondola spokeswoman Christy Allan told The Chief.

Squamish RCMP said that the cable was cut about halfway up the gondola line. RCMP officers have scaled some of the towers as part of their investigation, Sgt. Ashley Mackay told The Chief.

There is no clear timeline on when the gondola will reopen, though behind the scenes work is being done to make it as soon as possible.

"We are working with all of our suppliers right now. We don't know. We cannot confirm the timeline at this point," she said.

The damage will be "well into the millions," she said.

Asked if their insurance covers such a thing, Allan said staff at the gondola is in conversation with its insurance company, but she couldn't elaborate further. 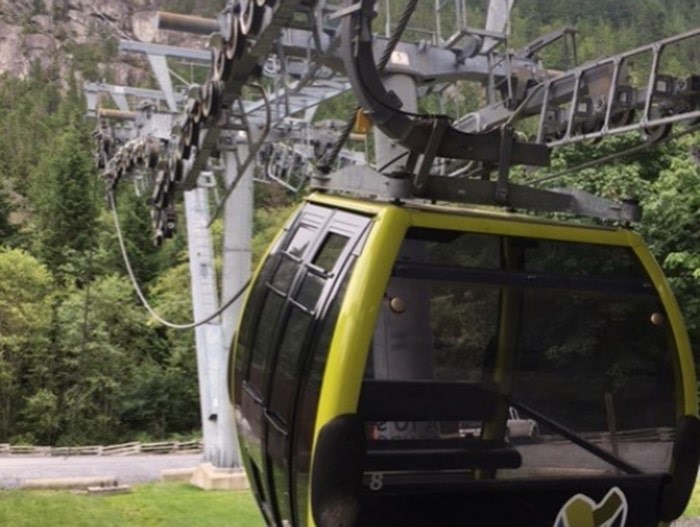 The Sea to Sky Gondola is closed until further notice after its cable and cabins dropped overnight on Aug. 10. Photo courtesy Kirby Brown

As one of the main employers in the Squamish area, many people who rely on the company for their income are bracing themselves.

"It is a passionate team who come here every day and want to make this place fantastic," Allan said of the gondola staff.

Of the 230 employees who work at the site, Allan said that they are the gondola's current top priority and they are being constantly updated on the situation.

"We are having staff briefings. They are getting as much information as we have. They are our number one priority."

She couldn't say if staff is currently being paid or not.

The closure of the gondola has left brides, grooms and wedding planners scrambling to find new venues.

Nine more weddings are planned for August and another nine are slated for September that are being looked at for possible relocation.

"The other venues in town have been amazing. All the support has been amazing," Allan said, adding locations around town are stepping up to take on the nuptials.

Those involved in the local music scene are feeling the loss but trying to regroup.

As part of its regular programming, the gondola features live music performances every Friday during the summer.

Jocelyn Pettit is one Squamish musician who’s had to make quick changes due to the gondola’s sudden closure.

The closure hits particularly close to home — Pettit says she was one of the performers during the gondola’s opening ceremony back in 2014.

“We were so sad and shocked to hear what happened," she said. "It’s awful.”

She, along with her band, was scheduled to play at the gondola once more this upcoming Friday on Aug. 16.

However, after learning about the gondola's closure on the news, Pettit contacted organizers. She was informed that the live music sessions have been cancelled for the month.

Pettit said that the gondola is a great place for local musicians to showcase their talents.

“It’s been wonderful how the gondola has been including live music in their programming,” she said.

Luckily, in Pettit’s case, there could be some reprieve. The Brackendale Art Gallery has agreed to host her Aug. 16 show at 8 p.m.

For others who depend on the gondola for their livelihoods, it remains unclear what the next step will be.

"As we are working through the next steps to reopening, we have just appreciated so much the outpouring of support from the Squamish community as a whole," Allan said. "We are doing everything in our power to reopen as soon as possible."