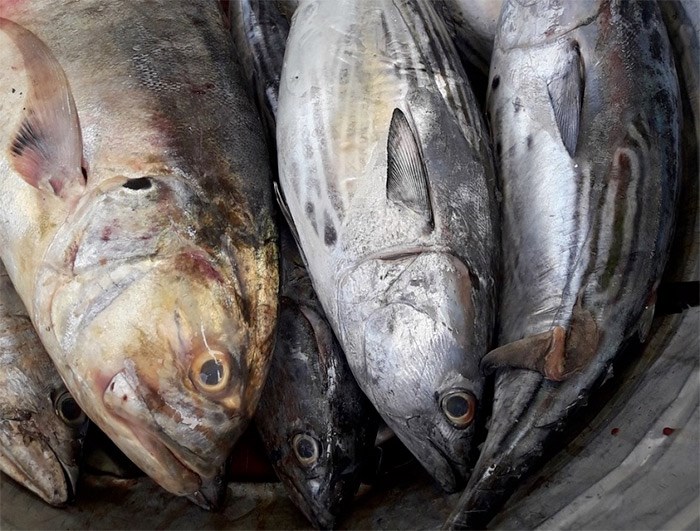 A Richmond-based seafood company and its owner pleaded guilty on Friday to illegally importing thousands of pounds of rotten seafood into the U.S.

Seven Seas Fish Company – with headquarters on Vulcan Way near No. 5 Road – and its owner John Heras, 78, admitted to importing more than 9,000 pounds of “potentially adulterated fish” into the U.S. between October 2014 and August 2015, according to a release by the U.S. Department of Justice.

Heras and the company, also known as 7 Seas, appeared in U.S. District Court in Seattle on Friday and agreed to pay a $150,000 fine. Heras could also face up to a year in prison when he appears for sentencing in February.

The tainted frozen corvina – a type of white fish similar to sea bass – was previously refused entry into the U.S. after that country’s food and drug administration (FDA) ruled it to be “too decomposed and putrid,” according to the U.S. Department of Justice.

In June 2014, Seven Seas had purchased the fish from a seafood company in Mexico for $36,375. The Richmond company then tried to import the fish into the U.S. from Mexico.

But when food inspection officers examined the fish, they determined that one third of the samples they examined were rotten, and denied the shipment entry into the U.S.

Seven Seas then arranged to ship the fish to its Richmond plant through the U.S., claiming it would be sold in Canada, according to the U.S. Department of Justice.

After the corvina arrived in B.C., Heras cooked and ate some of the fish and claimed he found nothing wrong with it. Heras and Seven Seas then sold the fish in Washington state and elsewhere, according to the department of justice.

Approximately 9,020 pounds of frozen corvina was imported into the U.S. without the required notice to the Secretary of Health and Human services.

The FDA did not find any illnesses linked to the fish.