The Seymour Canyon Suspension Bridge opens to the public in November

The Seymour Canyon Suspension Bridge is set to open this November, connecting the Twin Bridge Trail on the river's west side with the Fisherman’s Trail on the east.
0
Oct 12, 2018 4:36 PM By: Elana Shepert 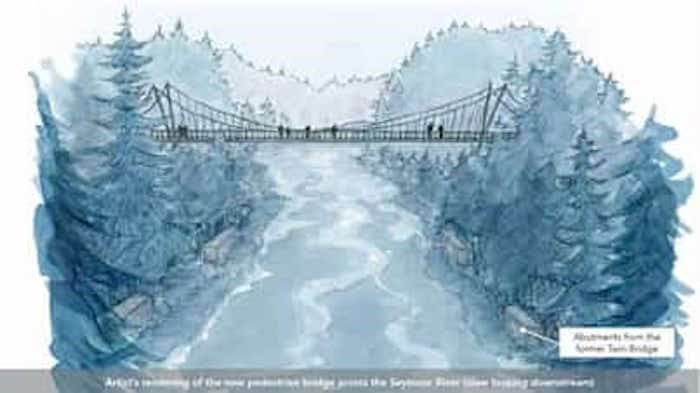 The Seymour Canyon Suspension Bridge is set to open this November, connecting the Twin Bridge Trail on the river's west side with the Fisherman’s Trail on the east.

The bridge will serve as a  replacement for the  Twin Bridge, which was removed after a rock slide in the Lower Seymour Conservation Reserve.

Construction on the crossing began in 2017, and serves as one of two replacement bridges. It is a rigid suspension bridge, 75 metres long, and 2 metres wide.

The other bridge will be used for both pedestrian recreational access and water utility maintenance vehicles, and is built at the north end of Riverside Drive. It will be 4 meters wide and 30 meters long, and provide access for water utility operations as well as public recreation opportunities. 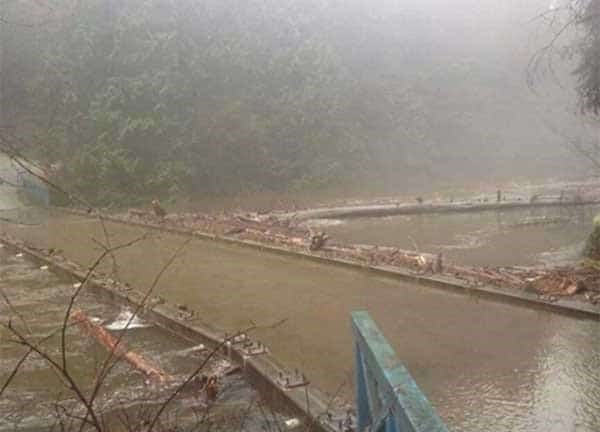 Back in 2014, the rockslide partially blocked the Seymour River. As a result, water increased the water level upstream, flooding area trails and the Twin Bridge. For safety purposes, a number of trails were closed and the bridge was removed.

Now, the Seymour River Canyon Trail Connections Project will provide a new pedestrian bridge near the former Twin Bridge across the Seymour River. Further, it replaces the staircase along Baden-Powell Trail near the north end of Riverside Drive, as well as trail connection improvements to the new infrastructure. 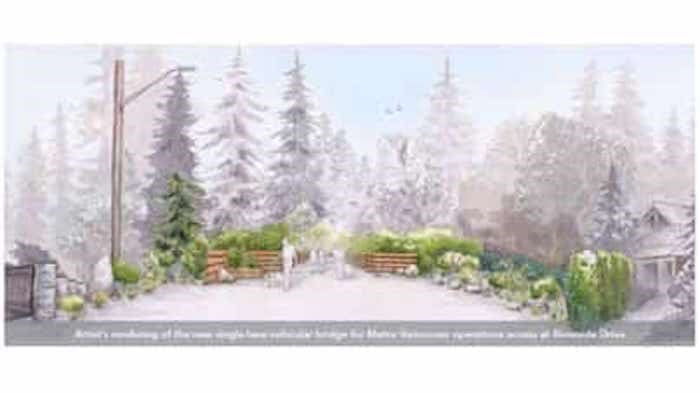 The suspension bridge will be Longer and higher than the former Twin Bridge and accessible to various motor-less traffic such as hikers, cyclists, and dog walkers.

An exact opening date has yet to be announced.