Photo Lauren Yang/ AI4ALL A group of 24 Grade 11 girls from across Canada are spending two weeks of their summer exploring the world of artificial intelligence (AI) at SFU's Burnaby Mountain campus.
Jul 12, 2018 3:28 PM By: Melissa Shaw 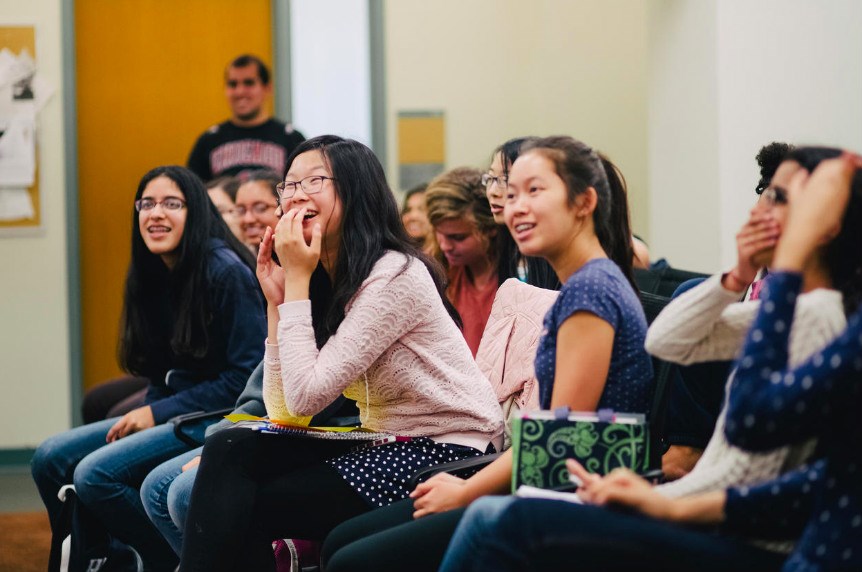 A group of 24 Grade 11 girls from across Canada are spending two weeks of their summer exploring the world of artificial intelligence (AI) at SFU's Burnaby Mountain campus.

The new program is called Invent the Future and it is designed to increase the number of Canadian girls considering careers in computer science and AI to help close gender gap that exists in these fields.

Women comprise 25 per cent of the number of students in computing and math programs at Canadian universities, according to Statistics Canada. The tech industry is 75 per cent male and just 25 per cent female, according to the Information and Communications Technology Council.

"The hope here is that they recognize that there are opportunities and lots of innovation happening in the field of artificial intelligence and that they can do it," says Invent the Future program director and SFU computing sciences professor Angelica Lim.

The students learn about how AI applies to natural language processing to learn how the technology behind Siri and Alexa works. Students work with Pepper, a humanoid robot that is capable of recognizing basic human emotions that was donated by SoftBank Robotics. Lim says the robots are made in France but marketed and sold primarily in Japan.

They learn about computer vision -- how autonomous cars can recognize stop signs and facial recognition technology, which is used in Snapchat filters. "Instead of just being consumers of the technology they can understand what's going on," she says.

Guest speakers will also be presenting on topics such as the ethics of AI, 'finding your purpose,' how to successfully pitch and communicate ideas.

YanLing Chen is from Toronto and says she's interested in AI because it has so many applications."It's branching off into machine learning, robotics and it can affect every single field. I can combine my interest in AI with other interests."

Sara Parker from Port Coquitlam says they've learned so much. "Everything is so new and exciting. It's really interesting to explore all these new concepts, inventions and progressions in technology with a group of really awesome girls."

Chinenye Oluka from Burnaby says it's sad that a lot of women don't choose to go into this field or stay in it. "But I think with camps like this, awareness of the possibilities that AI offers and the influence we could have in it as women, as people, that it's encouraging more women to come out and pursue this field."