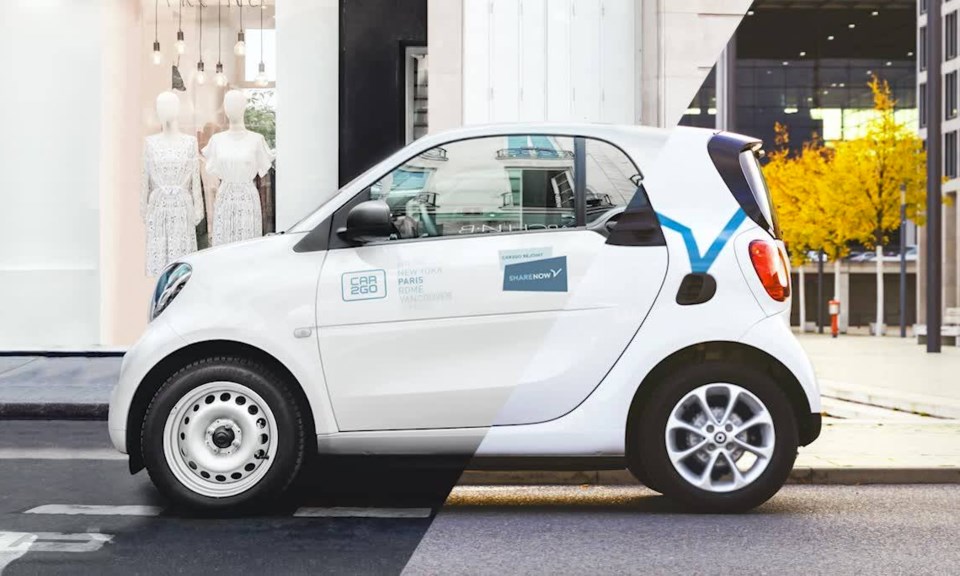 Car2go operated a car sharing service in Vancouver, which recently rebranded to Share Now. They will cease operations in North America at the end of Feb. 2020. Photo: Share Now

A major player in the global car sharing service, Share Now, has just announced they will be ceasing operations across North America in the new year.

Vancouver car share users may be more familiar with the brand's previous name, Car2go. The rebrand came just this year for the German-based business in their merger with DriveNow.

As of July 2019, Car2go had been the world's largest car share operator.

In their Dec. 18 statement, Share Now explains why they are pulling the plug in several cities:

"The decision to close North America was made based on two extremely complicated realities. The first being the volatile state of the global mobility landscape, and the second being the rising infrastructure complexities facing North American transportation today - such as a rapidly evolving competitive mobility landscape, the lack of necessary infrastructure to support new technology (including electric vehicle car share) and rising operating costs."

Share Now says they will focus on the remaining 18 cities they serve.

In addition to Vancouver, Share Now operated in Canada in Montreal. In the U.S. they served Chicago, New York City, Seattle, and Washington.

Metro Vancouver Lyft passengers will pay at least $5 just to hail a ride
Dec 13, 2019 10:02 AM
Comments
We welcome your feedback and encourage you to share your thoughts. We ask that you be respectful of others and their points of view, refrain from personal attacks and stay on topic. To learn about our commenting policies and how we moderate, please read our Community Guidelines.