BC Ferries says there were "no injuries or safety concerns" reported after a ship missed the berth at Langdale this morning and hit the Stormaway dock.
0
Mar 26, 2019 12:56 PM By: V.I.A. 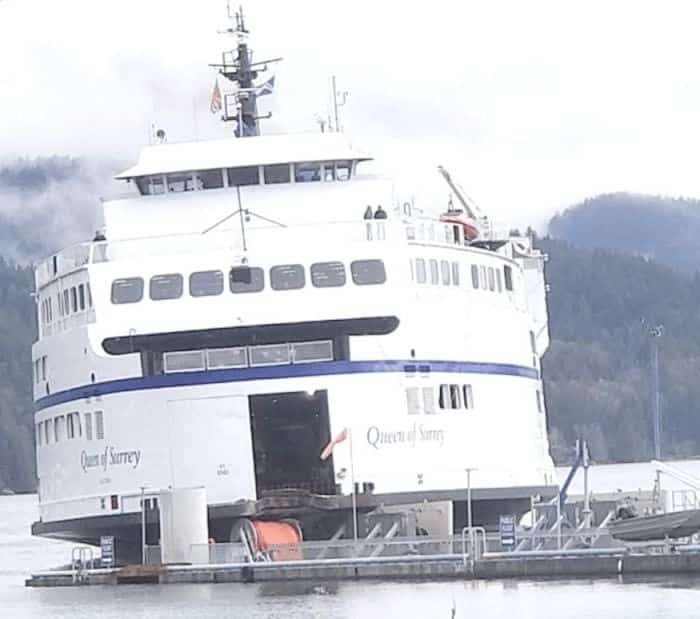 BC Ferries says there were "no injuries or safety concerns" reported after the Queen of Surrey missed the berth at Langdale this morning and hit the Stormaway dock.

The Surrey was on its 7:30 a.m. run from Horseshoe Bay, and according to BC Ferries "The vessel while making its turn towards the berth came into contact with the end of the marine lead and is currently held up".

Ferries also said the vessel "will need assistance in getting properly docked" and they have no timeline for being able to get the Surrey into a berth and begin unloading the vehicles and passengers. BC Ferries said there are about 250 passengers on the sailing.

A tug has been called to assist and was expected to arrive around 11 a.m.

And the ship and dock are being assessed for damage.

Service has been temporarily suspended between Horseshoe Bay and Langdale until further notice, but BC Ferries has been telling travellers via Twitter that it is looking into arranging a water taxi and bringing the Queen of Cowichan onto the route for later sailings, staring with the 6:40 p.m. 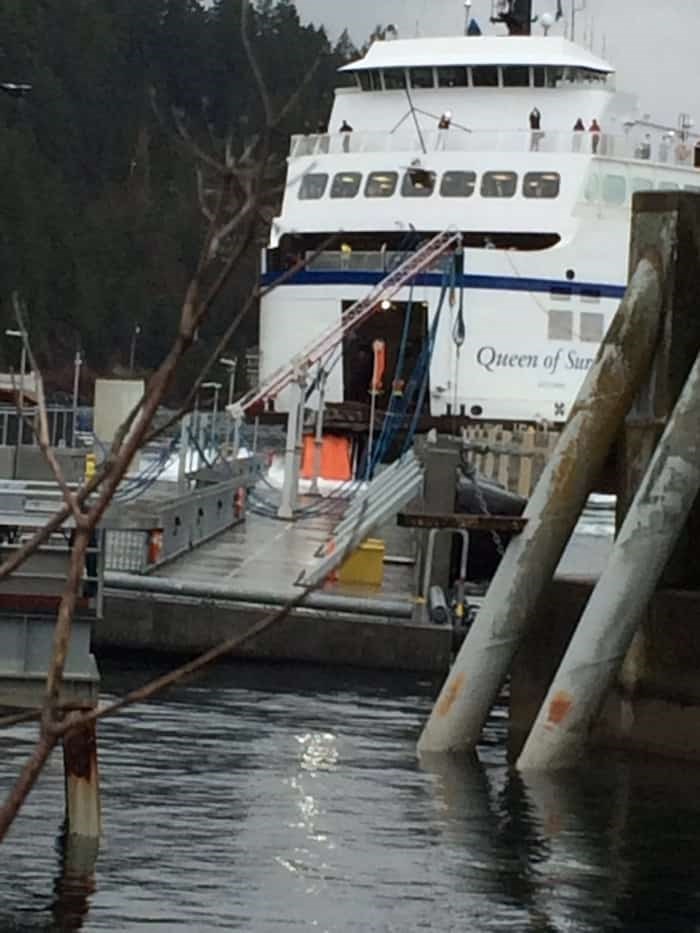 A release from BC Ferries said the options for travel between Horseshoe Bay and Langdale they're working on include:

• Customers wanting to travel with their vehicles can travel via Earls Cove and Saltery Bay, Powell River and Comox, and Departure Bay and Horseshoe Bay or Duke Point and Tsawwassen

• Evening service between Horseshoe Bay and Langdale will be provided by the Queen of Cowichan with limited vehicle capacity as follows: 5:30 pm and 7:50 pm exit Horseshoe Bay, 6:40 pm and 8:55 pm exit Langdale.