The sister of the 42-year-old man who was stabbed to death on a TransLink bus in Richmond is still stricken with grief, almost a month to the day her brother lost his life.
Aug 21, 2019 9:43 AM By: Alan Campbell 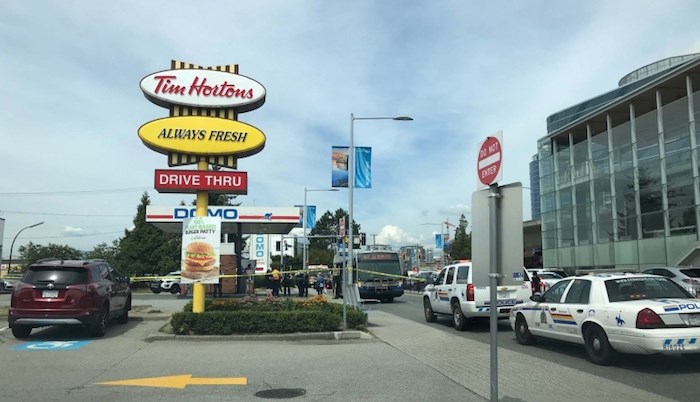 “We didn’t even get a chance to say goodbye.”

The sister of the 42-year-old man who was stabbed to death on a TransLink bus in Richmond is still stricken with grief, almost a month to the day her brother lost his life.

The woman – who asked not to be named – said her family is still not ready to identify her brother, who apparently got into an argument with a 22-year-old man while riding a transit bus near No. 3 and Cambie roads on the afternoon of July 23.

During the altercation, the elder of the two men was stabbed and he died later that evening in hospital, at around 10 p.m.

However, because he wasn’t carrying any identification, his family didn’t find out about his death until 4 a.m. the next day.

“It has been almost a month and we still don’t know anything. We’ve been told very little about the man arrested or what happened on the bus. We were told that our brother was not known to person who did this,” said the deceased man’s sister.

“All we know is that he didn’t do anything wrong that day and he ended up fighting for his life in hospital for eight hours and we knew nothing about it.

“We think he was going to Tim Hortons, from what we know.”

The police’s Integrated Homicide Investigation Team (IHIT) told the Richmond News last month that it wouldn’t be identifying the victim of the fatal stabbing as there was “no investigative need” to release the details, adding that “as per privacy laws, that precludes IHIT from releasing the name.”

As for the 22-year-old suspect, IHIT said on Tuesday that it was still working on getting a charge approved by the Crown.

The victim’s sister said her family has also been struggling to express its grief as it can’t seem to lay any kind of memorial at the bus stop near No. 3 and Cambie roads, where her brother was unloaded into an ambulance.

She said she had laid some flowers and a hand-written card at the bus stop shortly after her brother’s death, but the memorial had been removed the next day.

“Each day gets harder. I certainly can't paint his name on the bus,” said his sister in an email to the Richmond News.