Staff became concerned when eight cats fell ill on a single day in at the BC SPCA in Vancouver, presenting symptoms similar to a human “stomach flu” – vomiting, diarrhea, followed by recovery within a few days in most cases.
May 28, 2020 9:07 PM By: Elana Shepert 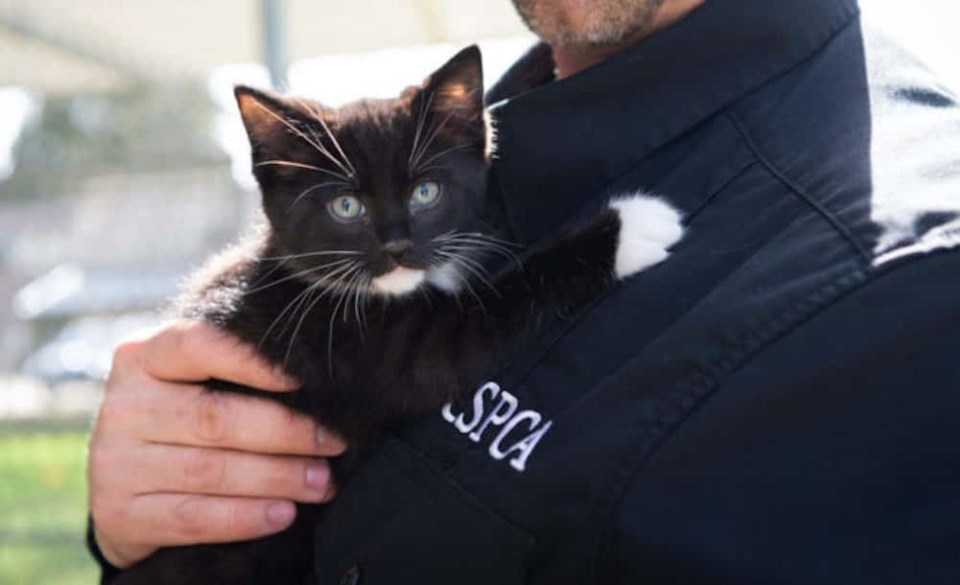 The BC SPCA says a mysterious contagious disease outbreak at the BC SPCA’s Community Animal Centre in Vancouver last year has led to the discovery of a new feline virus.

In addition to successfully containing the outbreak, the organization say its work led to the discovery of the previously unknown fechavirus, which is not related to COVID-19.

Staff became concerned when eight cats fell ill on a single day in at the BC SPCA in Vancouver, presenting symptoms similar to a human “stomach flu” – vomiting, diarrhea, followed by recovery within a few days in most cases. When their tests came back negative for parasites, Dr. Emilia Gordon, senior manager, animal health, says she and her team became worried that another type of virus or bacteria could be the culprit.

“We knew within a few days we were dealing with something very unusual and unlike anything we’d faced before,” says Gordon. “We started saving samples and reaching out to external experts right away. That enabled us to eventually contribute to the discovery of the new virus.”

SPCA say that the outbreak investigation also showed that its Quesnel shelter was affected by the same illness. What's more, it found, "that their “patient zero” could be traced to a litter of kittens from a rural area near Williams Lake who fell ill shortly after entering the shelter."

“Outbreak tracing also showed that two cats from Quesnel introduced the illness to the Vancouver shelter, where it spread rapidly before being detected. Because vomiting and diarrhea are fairly common problems in cats, it wasn’t until a number of cats got sick at the same time that we realized there was a larger problem,” says Gordon.

According to Gordon, carefully looking at information, like the minimum incubation time and percentage of exposed animals who got sick, helped them understand that what they were encountering was most likely to be viral.

A research team at the University of California, San Francisco found a new species of parvovirus in many of the samples from the outbreak. “After extensive testing for all other known pathogens, this fechavirus was the only virus found in the samples that fit the pattern we were seeing,” she says. The findings were published in the journal Viruses.

With the aid of supportive care including medications and fluids, all 43 affected cats fully recovered with the exception of two cats who had to be euthanized due to other medical problems combined with symptoms that were not resolving despite treatment.

Gordon says the high recovery rate was due, in part, to the quick response to the outbreak, strong teamwork between locations, and implementing stringent control measures.

“We had frequent discussions with staff and volunteers during the outbreak and were transparent with the public, noting shelter closures and reduced operations on our website,” she says. “As soon as we understood we were dealing with something unusual, our first goal was to stop the outbreak so more cats wouldn’t get sick. Our second goal was to try to get answers for our teams, for the cats, and for other shelters and veterinarians facing unexplained gastrointestinal (GI) outbreaks in cats under their care.”

Gordon says being part of the discovery of a new virus is “very exciting and we hope that other veterinarians and researchers will consider and study fechavirus as a possible cause of contagious GI disease in cats.” However, she does note that data from a single outbreak “isn’t enough to be certain the virus can cause disease; more research on the virus is needed.”

Ultimately, though, Gordon hopes that the BC SPCA’s effective response to this outbreak will help serve as an example to other animal shelters that infection control is possible while also optimizing animal welfare with an all-hands-on-deck approach.

“The BC SPCA is fortunate that due to our robust sanitation and monitoring procedures, disease transmission in our shelters is rare – making this outbreak notable. While shelters are certainly higher-risk for disease outbreaks, it is possible to resolve even a challenging outbreak like this one,” she says. “If shelters and their veterinarians encounter a situation like this, they should persist in trying to get answers by reaching out to university and laboratory specialists. Partnerships between industry scientists, academic researchers, and veterinarians doing work ‘on the ground’ are key in identifying new viruses and understanding whether, and how, they cause disease.”