Part of the Stanley Park Seawall is closed due to falling ice: Park Board 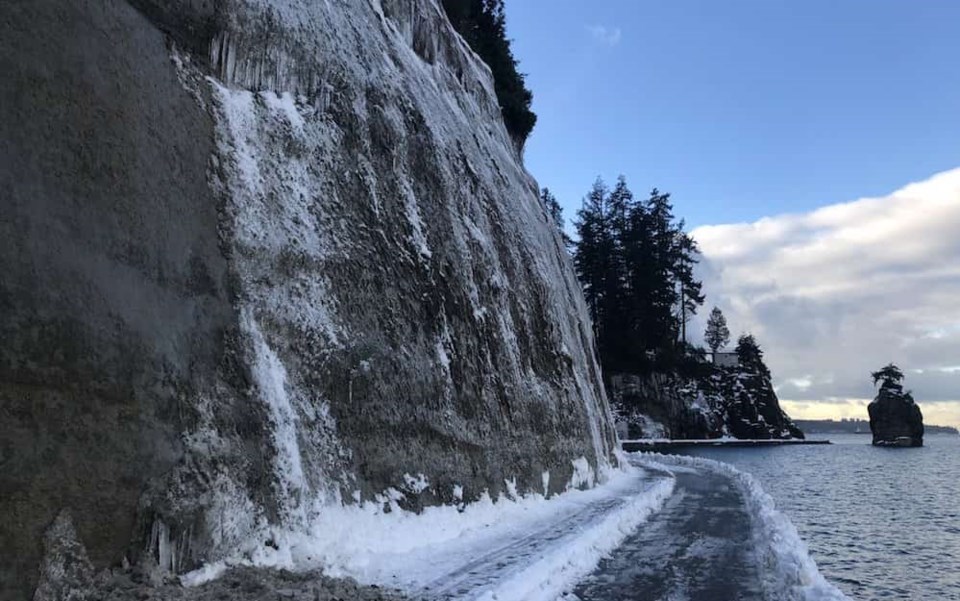 The Vancouver Park Board has announced that a part of the Stanley Park Seawall is closed due to falling ice.

The Board made the announcement just after 10:30 a.m. on Thursday, Jan. 16, stating that it had closed the seawall between the Lions Gate Bridge and Siwash Rock due to falling ice. However, the rest of the seawall is still open.

We have closed the #StanleyPark seawall between the Lions Gate Bridge and Siwash Rock due to falling ice. The rest of the seawall remains open. #Vancouver pic.twitter.com/eA5syApvKx

The Vancouver Park Board will make an announcement when the partial close is lifted and the section of seawall is safe for public use.