Serpent heist: Someone broke into a home and stole this brightly-coloured, baby snake

Not only was the young snake stolen while her human companions were away, but the thieves reportedly didn't steal anything else.
Aug 22, 2019 10:05 PM By: Elana Shepert

While break-and-enters are not entirely uncommon in the Lower Mainland, ones that involve reptiles are extremely rare.

And that's just what makes the theft of Maize - an orange 8-month-old female corn snake - so unusual. Not only was the young snake stolen while her human companions were away, but the thieves reportedly didn't steal anything else. The only other thing they took was the snake's living quarters - a 20-gallon tank.

Maize's family had been away for a few days when another family member came to check on the pets and discovered the yellow-and-orange-reptile missing.

The Abbotsford Police Department is currently investigating the incident. 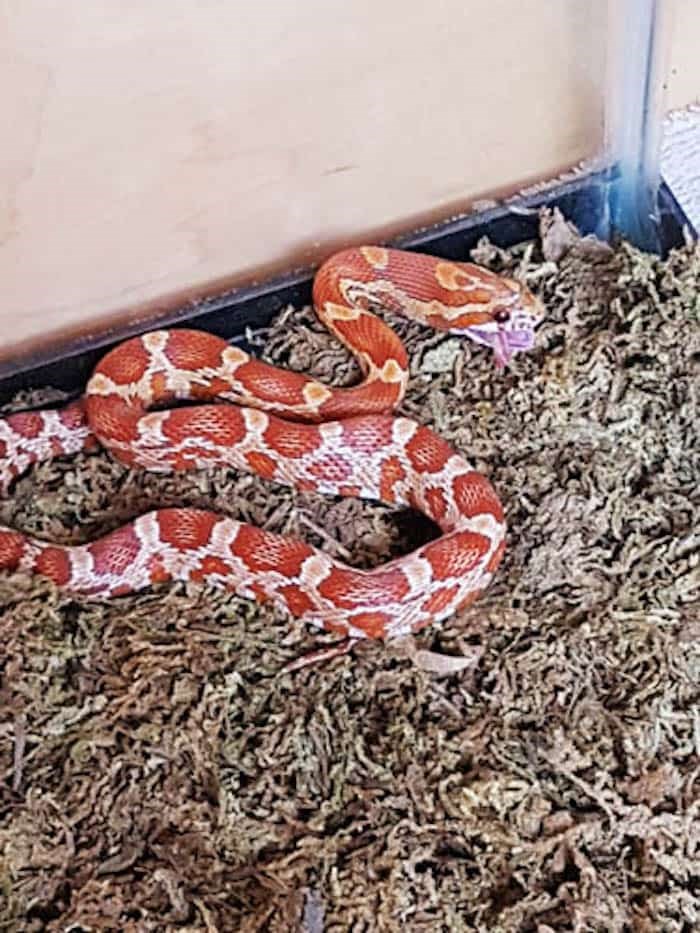 “Maize was not just a family pet; she was the first pet that we brought into our new family. We all miss her so desperately.  The children, ages 6 and 8, were heartbroken when they found she was gone," noted owners, Kristie Johnson and Chris Rhodes.

"Maize is just a baby, and she has very special dietary and care needs.  Those who do not know how to help her may wind up hurting her.”