A large, abstract statue of a figure on a horse has been returned to its rightful owner after it was stolen early in the morning on Nov. 4.
Nov 14, 2019 12:17 PM By: Elana Shepert 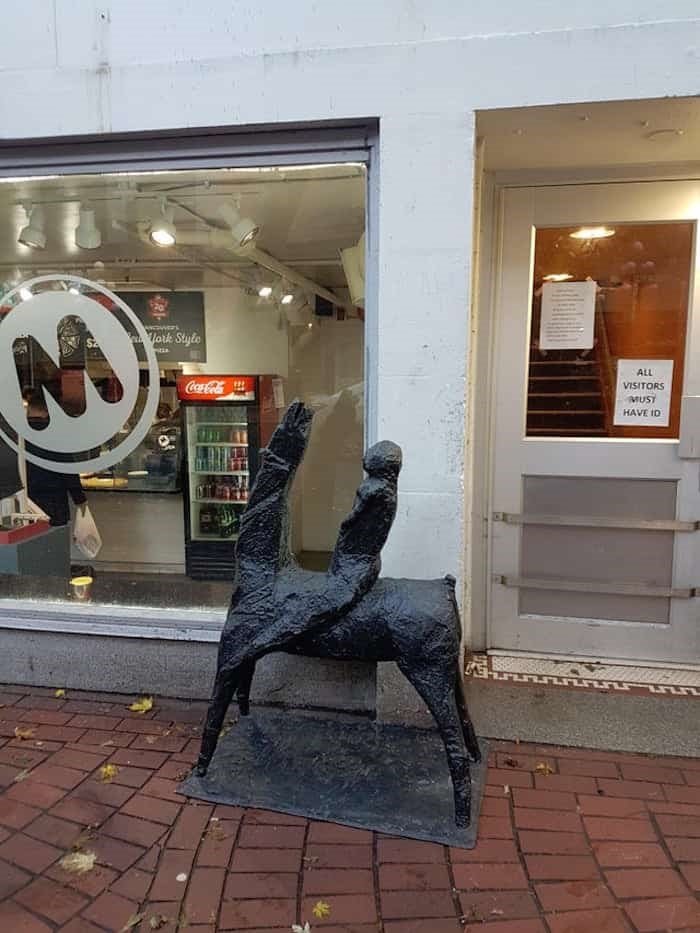 A large, abstract statue of a figure on a horse has been returned to its rightful owner after it was stolen early in the morning on Nov. 4.

Vesna Zaric of the Petley Jones Gallery says the $24,000 sculpture titled “After Marino Marini” by acclaimed artist Fahri Aldin depicts an abstract figure on a horse and is more than a metre tall.

Today, before sunrise, a large, bronze sculpture "After Marino Marini" by Fahri Aldin has been stolen from Petley Jones Gallery.

It is an original, unique piece of an abstract horseman about 50 inches tall and over 250 pounds in weight.

We need your help to find it! pic.twitter.com/e5Yfrld88C

The manager of a respected art dealer in Vancouver says the thief dragged the 150-kilogram (330 pound) bronze statue down seven or eight steps before loading it onto a cart and wheeling it away. Following that, Reddit user halfandhafu said that they spotted the statue outside of a Megabite in Gastown.

"He arrived with the dolly and loaded it up, and he did it by himself. The statue has a solid base, and so it was easy to slide the dolly beneath," reports Roed.

"Detectives from the Property Crime Unit worked to locate the statue and we are happy it was found."

Roed adds that the incident is still under investigation and therefore he can't comment on any further details. Further, no charges have been laid.

Vancouver Police ask anyone with information regarding this incident to call 9-1-1 or contact the Property Crime Unit.