Several videos depicting fights that took place near the school were posted to social media last week.
0
Feb 26, 2020 6:50 AM By: Gary Mckenna 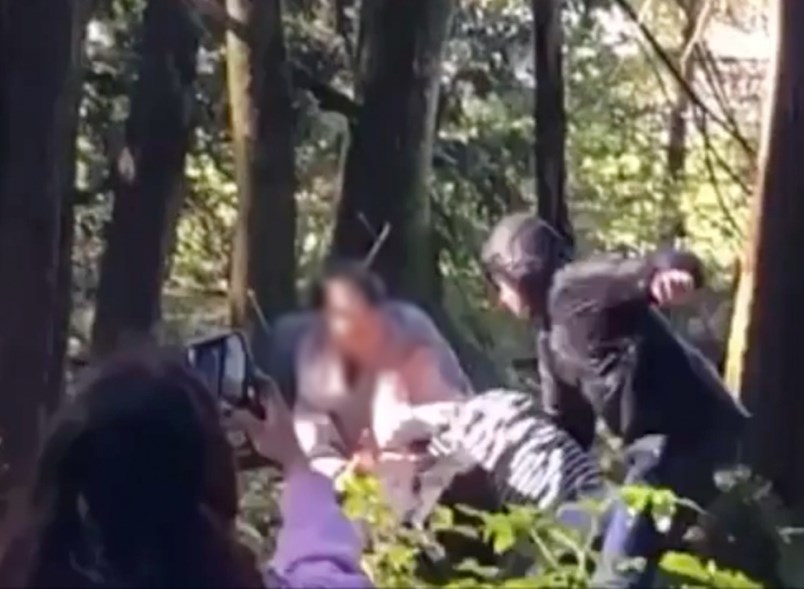 Onlookers film violence which was recently shared to Instagram. Police would not get into specifics about videos of altercations posted to Instagram but said social media posts played role in the investigation. Photo via Instagram

A Port Moody Police Department spokesperson said the suspects were arrested Feb. 19 and the department's youth liaison officer has been in discussions with school administrators about the incident.

Sgt. Brad Sheridan would not get into specifics about videos of altercations posted to Instagram but said "social media posts did play a role in our investigation."

"We did make a number of arrests relative to an assault investigation we have undertaken," he told The Tri-City News. "They were all youths. They have been released into the custody of their parents."

The Tri-City News became aware of the Instagram videos Tuesday. One of the clips, which was still up as of Tuesday morning, showed one youth punching another youth in the face before several people jumped on top of the victim. In another clip, the camera holder can be seen pointing bear spray at a youth's face and demanding he empty his backpack.

The Tri-City News will not publish the names of the people involved in the incident as they are all  minors.

Whether charges are approved is up to the Crown, Sheridan said, noting that police are still investigating.

Sheridan said schools are safe places and he encourages anyone who believes they may be the victim of a a crime to contact police.

"Port Moody is a very safe community," he said. "This is reflected in our schools. We do have a dedicated youth liaison officer who works closely with the school."

School District 43 said they are aware of the incident but would not be commenting.

"As the matter at HWSS is being addressed by the Port Moody Police we are unable to provide further comment in regard to this incident," said Ken Hoff, the assistant director of communications and community relations.  "School District 43 takes all matters of student safety seriously and the school and district will cooperate fully with the police."