RCMP in Surrey are cracking down on "stunt driving."Mounties say they have impounded nine vehicles during one-day of traffic enforcement.
0
Aug 3, 2019 2:52 PM By: Castanet 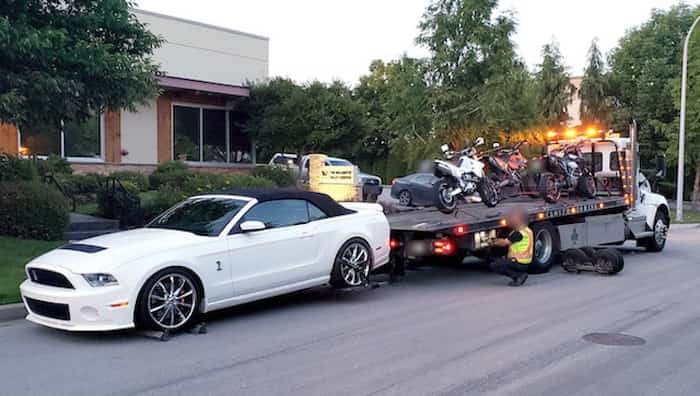 RCMP in Surrey are cracking down on "stunt driving."

Mounties say they have impounded nine vehicles during one-day of traffic enforcement at what police describe as a popular location for car and motorcycle enthusiasts.

Surrey RCMP indicate that over the past several weeks, vehicle enthusiasts have been making the area of 2800-block of 192 Street their unofficial gathering place. This has led to numerous reports of unsafe driving behaviours, including stunt driving.

On July 12, Surrey RCMP seized and impounded nine vehicles for seven days, due to stunt driving. On top of having their vehicles being seized, the drivers were also handed $368 tickets for driving without due care. The fines also include six points on their license.

“High-risk driving behaviour is a contributing factor in approximately 66% of Surrey’s fatal or serious injury collisions.” says Sergeant Gary Goller of the Community Response Unit. “Our goal is not to disrupt car enthusiasts as they show off their hard work and passion for cars, but to ensure those present are operating their vehicles in a safe manner.”

Surrey, RCMP indicate they will continue their traffic enforcement efforts as they continue to put the brakes on dangerous driving.

The public are encouraged to report unsafe driving behaviour to the Surrey RCMP at 604-599-0502.