The rally is in response to a notice issued by the City of Vancouver, which requested that the campsite be vacated by Friday December 15. Previous tent city at 950 Main street.
0
Dec 15, 2017 10:11 AM By: Adam Nanji

The rally is in response to a notice issued by the City of Vancouver, which requested that the campsite be vacated by Friday December 15. 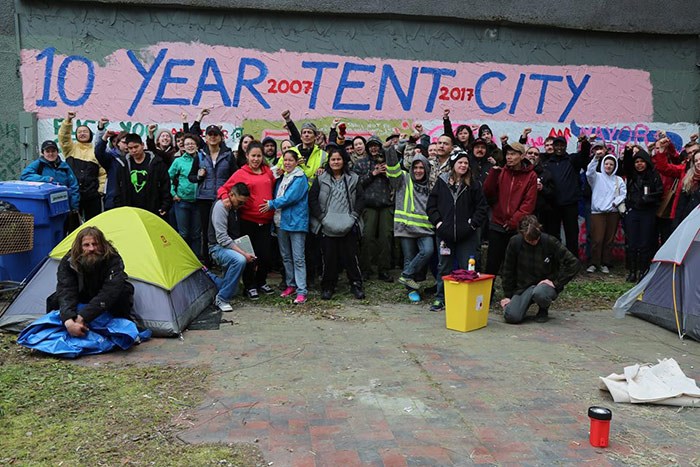 Earlier this week, residents of the Sugar Mountain tent city were asked to leave the site at Franklin and Glen Dr. in order to make room for additional temporary modular housing.

Community organizations like the Alliance Against Displacement (AAD) have been critical of the eviction, stating "If Sugar Mountain residents leave, they will share the same fate that most homeless people in Vancouver face: left out of modular housing, they will be offered nothing but the same old "alternative" to being attacked by police in their tents or a shelter bed in a human warehouse."

Today, the AAD hosted an emergency rally to stop the displacement of Sugar Mountain residents at 1131 Franklin.

Modular housing at Main and Terminal. Photo: City of Vancouver

It’s estimated that there are more than 2,100 homeless people currently living in Vancouver.