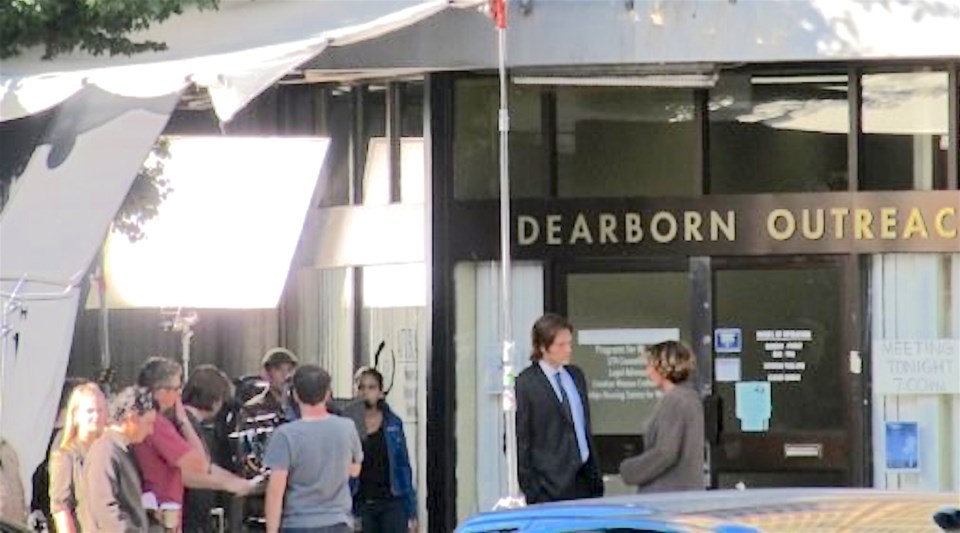 After 15 seasons of demon-fighting, Thursday marked the final day of filming for the cast and crew on the set of "Supernatural."

Actors Jared Padalecki and Jensen Ackles, brothers on screen, returned to Vancouver in August after COVID-19 put a halt on production in March.

By that time, there were only two episodes left to shoot.

On the last day of filming, Sept. 10, series creator Eric Kripke took to Twitter to post the first scene ever shot for "Supernatural." Above it, he captioned: “This will be the last.”

This was the first #Supernatural scene we shot. Today will be the last. I'm grateful & love you all beyond words. But it's only over when you say it is, #SPNFamily. In the words of Kim Manners (RIP): Kick It In The Ass. #SPN @jarpad @JensenAckles @mishacollins pic.twitter.com/GXLqBkanPu

Others, including cast members, writers, producers, and fans have followed suit using the hashtag #ThankYouSupernatural and #SPNFamily to express what the show has meant to them.

James (Jim) Beaver, who plays a father-figure to the brothers on the show, said acting as Bobby Singer for the past 15 years has become home.

So it’s here. Last day of principal photography on Supernatural, my home for 15 years. Getting ready to go to work on it for the final time. Deep feelings. Very deep. I love these people. Okay. Let’s go kick it in the ass one last time. pic.twitter.com/oRlalucX3h

“So it’s here. Last day of principal photography on 'Supernatural,' my home for 15 years,” Beaver said. “Getting ready to go to work on it for the final time. Deep feelings. Very deep.”

Producer of the show, Jim Michaels, shared a sad face to commemorate the day.

The words I will hear later today- Cut! Print! That’s a wrap ! That’s a season wrap and that’s a series wrap... pic.twitter.com/eGNcb5drJD

Padalecki thanked "Supernatural" fans for the outpouring of support the cast and crew received via social media.

He said of Vancouver: "This city and these people have been good to me. And I am forever grateful."

Bike ride around the Vancouver Seawall. (Probably) One last time... This city and these people have been good to me. And I am forever grateful. #spnfamily #supernatural (helmet worn but not pictured. #SafetyFirst)

Fellow actor, Richard Speight, Jr., recounted the transformative his life has undergone since taking on the role of Gabriel in the show.

My son Steve when I did my 1st episode of #Supernatural in 2007 & today on the show's last day of shooting. What a long & amazing ride. From janitor to director, I'll never have another experience like I've had on this show. Or a better TV family. Cheers to you all. ❤️ #SPNFamily pic.twitter.com/zOR5nEPzZs

While the 15th season of the show returns to CW Television Network sometime in October, the final episodes – ones filmed in Vancouver this past week – will air in December.

This is where it ends. The final 7 episodes of #Supernatural premieres Thursday, October 8! Stream next day free only on The CW. pic.twitter.com/LAhK8YFxcm

Production of Ben Affleck's newest action-thriller relocates to B.C. amid COVID-19
Sep 2, 2020 3:05 PM
Comments
We welcome your feedback and encourage you to share your thoughts. We ask that you be respectful of others and their points of view, refrain from personal attacks and stay on topic. To learn about our commenting policies and how we moderate, please read our Community Guidelines.