While it may seem like an outlandish proposition, a development company has inked out a plan to create a massive surf park off the highway to Squamish.
Sep 23, 2019 5:48 PM By: Elana Shepert 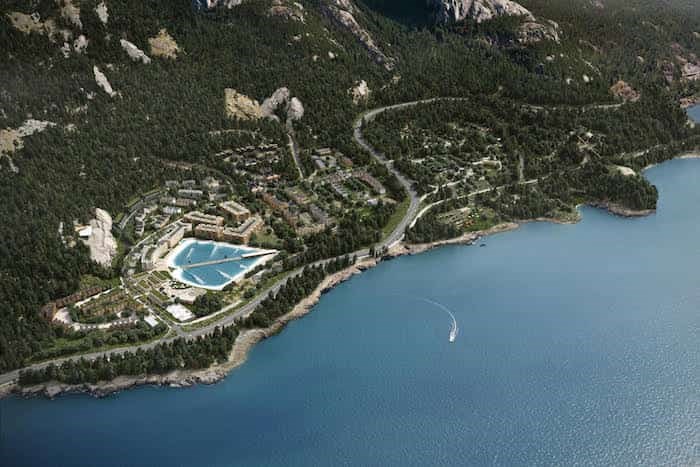 Surf's up - in Squamish?

While it may seem like an entirely outlandish proposition, a development company has inked out a plan to create a massive surf park off the highway that leads to the bunny hill.

Highway 99, or the Sea to Sky, connects the Lower Mainland to the world-famous Whistler Blackcomb slopes. It passes through Squamish along the way, and offers one of the most scenic drives in the world.

Now, Tiger Bay Development has submitted an application for rezoning of South Britannia (located on either side of Highway 99 just south of the Britannia Beach) to the Squamish Lillooet Regional District. The developer has a lofty proposal: they want to build an outdoor adventure-focused community on Howe Sound that includes a six-acre surf park. In total, the development will stretch a whopping 134 acres and include shops and services, small-scale tourism accommodation, and parks and trails. 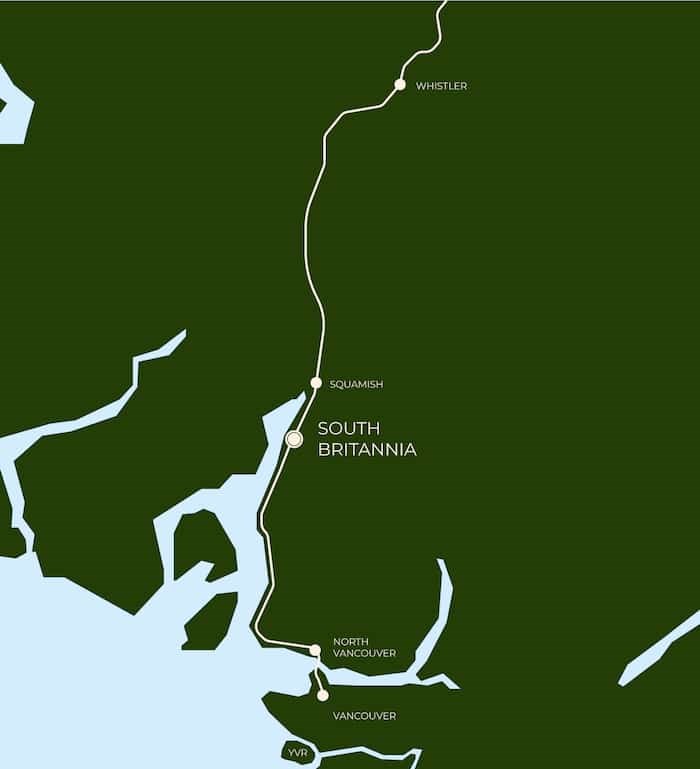 Vancouver Is Awesome spoke to Tony Petricevic, Head of Development, Tiger Bay, about the proposal, as well as how the development would affect the local economy.

"In order for people in the area to surf, they have to travel quite a ways," he explains. "This park allows surfers an opportunity to practice closer to home, and throughout the year."

What's more, Petricevic notes that this surf park is designed for all skill levels; it appeals to a wide range of people - not just professionals or advanced surfers. There are six zones that support a variety of waves. A wave can be created in a mere seven seconds, and the park can create over 1000 per hour. As a result, he says that there is a strong demand for the facility, and that it would revitalize the local economy.

"The more advanced area is up near the point, while the front is for the beginners. Only 96 people can be in the cove in an hour, however. It isn't like a water park - that is an important distinction. It can suit all skill levels, but the concept is entirely different."

As far as safety is concerned, Petricevic assures that the park will be safe, but that there'll also be numerous lifeguards in the surf area. Furthermore, modifiable wave shape and size mean that surfers aren't matched with waves they aren't prepared to tackle.

Wavegarden - the engineering company that created this cutting-edge, surf design - will open the first Wavegarden Coves in Brisbane, Australia and Bristol, United Kingdom in 2019.

As for the cost of this massive development?

Petricevic says that figure hovers around a cool $20 million.

An adjacent adventure park to the surf park will include a bike pump-track, rock-climbing wall, playground, skate park, and outdoor field for recreation and events. In addition, the proposal states that 43% of the entire development site will be reserved for parks, greenways, and natural areas. There will also be coastal beach access. 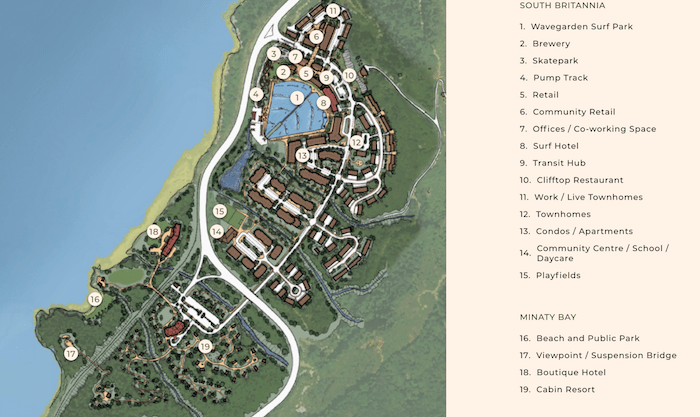 The proposal shows a compact mix of multi-family housing that includes town-homes, row houses, and low-rise apartments, that it says will, "help increase housing stock and affordability in the Sea to Sky corridor." 1050 homes are proposed, including 150 purpose-built rentals, of which 50 will be at below market rates.

When asked about environmental concerns, Petricevic notes that since the proposal is relatively new, he hasn't had feedback yet. However, he adds that water will not drain into  Howe Sound. 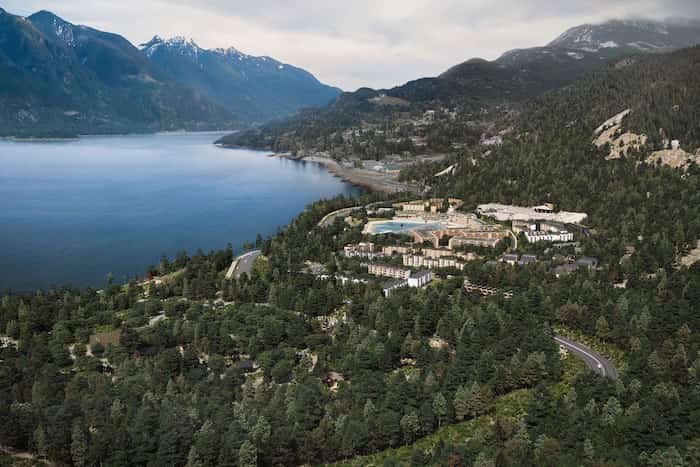 The surf park has an estimated completion date of 2023 and the community will be developed over a 25-year span.