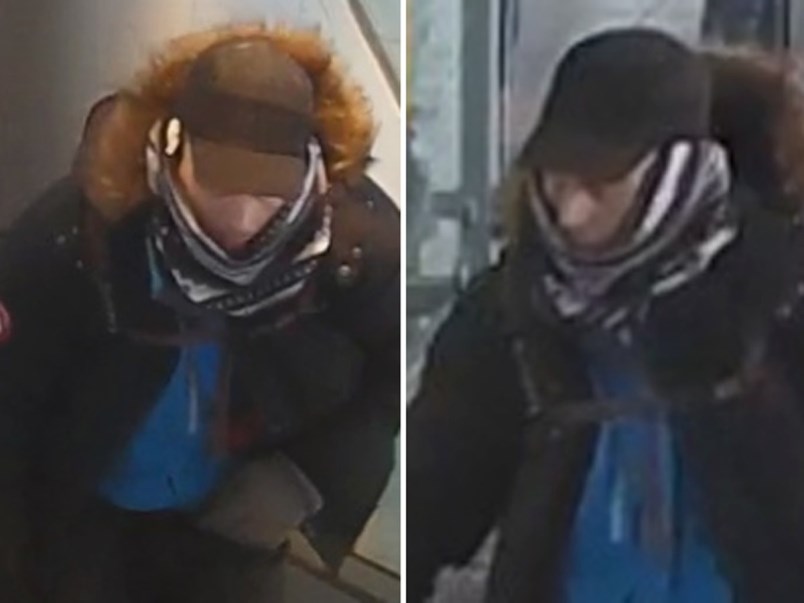 Metro Vancouver police are looking for this suspect in relation to an alleged assault that took place near Main Street-Science World SkyTrain station on Jan. 14. Photo: Metro Vancouver Transit Police

Metro Vancouver Transit Police are appealing to the public for tips related to a brutally violent assault that took place last week near the Main Street-Science World SkyTrain station.

The incident happened around 9 a.m. on Jan. 14, as a man got off the SkyTrain and approached the fare gates.

The suspect tried walking through the gates multiple times and began yelling at the victim, accusing him of stealing his “tap.”

The incident escalated rapidly from there, according to transit police, as the suspect first yelled at the victim, then head-butted him. A scuffle ensued before the suspect then grabbed a metal pipe and hit the victim over the head.

The victim was transported to hospital where he was treated for a concussion and a laceration on his head, which required eight staples.

A video showing the suspect can be found HERE.

“The level of violence this man was willing to use is shocking,” transit police spokesperson Clinton Hampton said in a news release. “All passengers using our transit system have the right to travel without fear of harassment or assault.”