She was seen on video surveillance wearing all dark clothing, dark running shoes, carrying a hammer and had wrapped herself with a large yellow blanket.
Feb 13, 2020 11:53 AM By: Elana Shepert 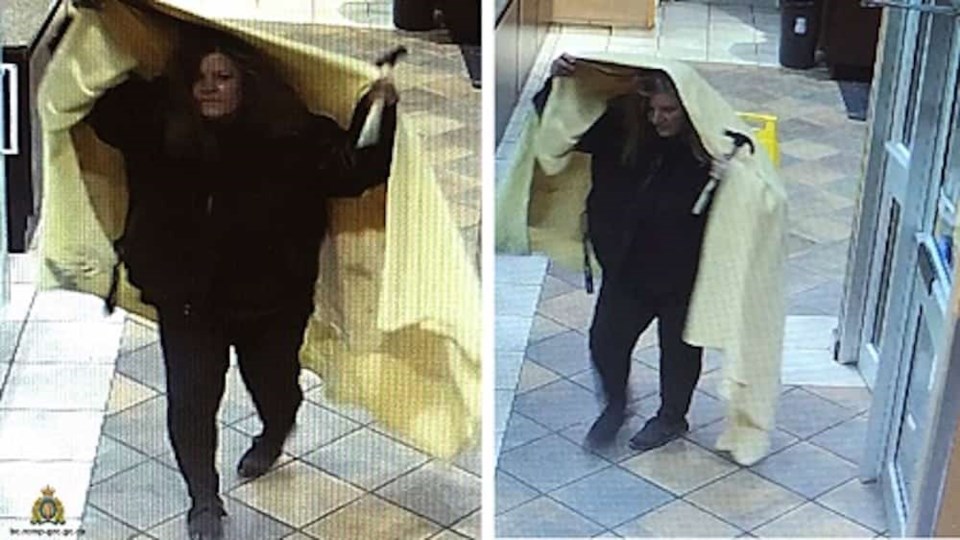 RCMP is asking the public for any information they might have to further an investigation into a robbery that took at a Dairy Queen in Invermere on Wednesday evening.

On Feb. 12, shortly after 8 p.m., Columbia Valley RCMP first received the report the report of the robbery at Dairy Queen. Since then, investigators have determined that a lone female suspect entered the restaurant brandishing a hammer, while demanding cash.

That suspect exited from the restaurant, with an undisclosed amount of currency, to a nearby location where she entered into a small passenger car and fled the area, states Cpl. Jesse O’Donaghey, spokesperson for the RCMP Southeast District.

Surveillance images which show the unknown female suspect, described as a Caucasian female, approximately 50-55 years of age, of medium to heavy build, with long blonde hair. She is seen wearing all dark clothing, dark running shoes, carrying a hammer and had wrapped herself with a large yellow blanket.

The employees are being offered support by RCMP Victim Services. Thankfully no one was injured during this incident, adds Cpl. O’Donaghey.

Any witnesses who have not yet spoken to police, or anyone with any additional information is urged to contact the Columbia Valley RCMP Detachment at 250-342-9292. Or if you wish to remain completely anonymous you are asked to call Crime Stoppers at 1-800-222-8477 with your tip information.