RCMP are naming the suspect in a shooting on a train platform that left one transit officer with serious injuries in Surrey.
0
Feb 1, 2019 6:58 AM By: The Canadian Press

RCMP are naming the suspect in a shooting on a train platform that left one transit officer with serious injuries in Surrey.

Police say they have identified 35-year-old Daon Gordon Glasgow as the alleged gunman and he has a history of violence. 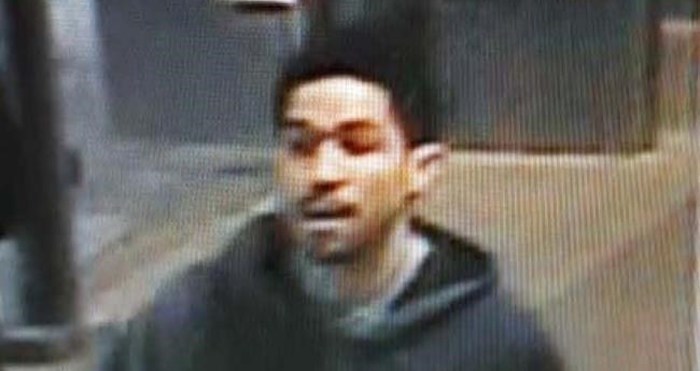 Investigators believe Glasgow may try to leave the province to evade police, and RCMP have asked officers in other jurisdictions to keep a lookout for the man, who is wanted on a Canadawide arrest warrant.

Glasgow is described as dark-skinned and had black stubble and a moustache at the time of the shooting, but police say he is known to quickly change his appearance.

He is about five feet five inches tall and weighs about 170 pounds.

Authorities say the 27-year-old was released from hospital late Wednesday evening and will meet with specialists to determine the extent of his injuries and treatment options.

A police presence remained in the area of the shooting Thursday, however, roads and the station are open for regular operations.

Surrey Mayor Doug McCallum says he is "glad and heartened" to hear that Harms was released from hospital.

"I wish him a very speedy and full recovery," he says in a statement. "It is a testament to the men and women in our police services who put their lives on the line every day, and yesterday is a reminder of the very real risks they take while performing their duties to keep our communities safe."

People who don't live in the Bridgeview neighbourhood surrounding the station were being asked to stay away.

On Wednesday night, police released video and photographs of the suspect, who they say was last seen wearing a blue hoodie and white Nike-brand runners with a large black "swoosh."

"Area residents can resume their regular activities, however, they should remain vigilant and report any suspicious activity by calling 911," police say in a news release.

Harms has worked as a transit police officer for three years and officials said Wednesday he was in good spirits and was expected to make a full recovery.

"He is a well respected, exemplary young police officer," transit police say in a news release.

Police departments from across B.C. sent best wishes to him via social media on Wednesday and Premier John Horgan also tweeted a message.

"My thoughts are with injured #Surrey Const. Joshua Harms, who was shot this evening in the line of duty. I'm relieved to hear he is OK and in good spirits," Horgan said.

As many as 80 officers were assigned to the case Wednesday as RCMP Assistant Commissioner Dwayne McDonald warned that the public could be at risk.

A dedicated tip line was opened Thursday for the public to report any information that could assist the investigation, the news release said.

TransLink CEO Kevin Desmond says in a statement that the incident is "a reminder of the hard and often challenging work our transit police do each and every day to keep our customers, our employees and our system safe."

"While incidents like this are rare, it is imperative our customers feel safe on our system," he says. "I would like to acknowledge our staff who leapt to action to keep our customers moving and informed."