A man who boarded a local transit bus allegedly hoping to make it his getaway vehicle found the brakes put on his plans.
0
Dec 4, 2019 6:49 AM By: Jane Seyd 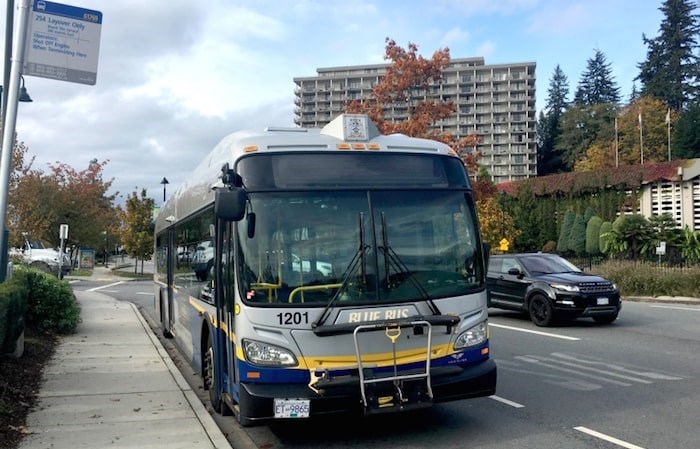 West Vancouver police apprehended an alleged thief who was trying to make his getaway by bus. Police noticed something suspicion when the man boarded the bus without paying. File photo/North Shore News

Just hop on the bus, Gus. But first pay your fee, Lee.

A man who boarded a local transit bus allegedly hoping to make it his getaway vehicle found the brakes put on his plans after a West Vancouver police officer decided to ask why the man hadn’t paid his fare.

The West Vancouver officer was standing near the bus stop at Park Royal on Nov. 14 around 2 p.m. when he noticed the man walk onto the bus without paying, said Const. Kevin Goodmurphy, spokesman for the police department. When the officer asked the man, who was carrying a suitcase, to step off the bus to discuss why, the man became evasive, said Goodmurphy.

It was then the officer noticed markings on the luggage tag that prompted suspicion the luggage didn’t belong to the transit rider, said Goodmurphy.

That information led police to a nearby residence in the 1100 block of Taylor Way, where police confirmed there had been a very recent break and enter.

Inside the suitcase, which police confirmed had been stolen from the residence, officers discovered numerous household items and electronics, which had also been swiped from the home. The home was unoccupied at the time of the break-in, Goodmurphy noted.

Cesar Amilkar Lopez, 36, has since been charged with possession of stolen property and uttering threats. His next scheduled court appearance is Dec. 4.