An 18-year-old man is in hospital with serious head injuries after a crash involving a driver and cyclist in West Vancouver Tuesday afternoon.
0
Sep 25, 2019 3:40 PM By: Brent Richter 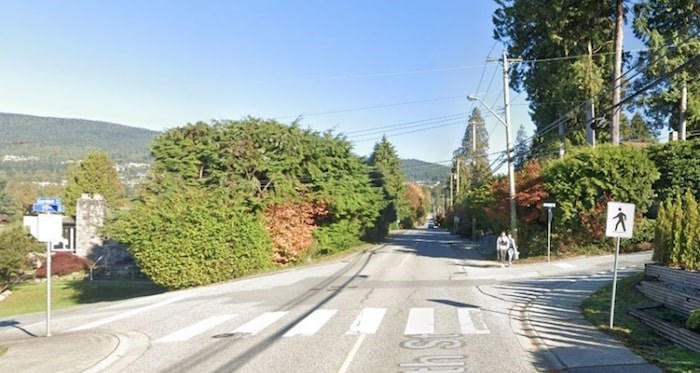 The intersection of 11th Street and Gordon Avenue in West Vancouver was the sit of a crash between a cyclist and a driver Tuesday. Google Street View

An 18-year-old man is in hospital with serious head injuries after a crash involving a driver and cyclist in West Vancouver Tuesday afternoon.

The incident happened at the corner of 11th Street and Gordon Avenue. The driver was travelling north up the hill and the teen on his bike was going west on Gordon, according to police.

“We don’t know exactly what went on and I can’t get into who is at fault at this point,” said Const. Kevin Goodmurphy, West Vancouver police spokesman.

“My understanding is he suffered a fractured skull and some other injuries – broken bones,” he added. “I did learn this morning that he was speaking to investigators at the hospital. He is alert … which is good news.”

Goodmurphy said the injuries could have been far more severe had the victim not been wearing a helmet.

West Vancouver officers called in the RCMP’s Integrated Collision Analysis and Reconstruction Service for a thorough investigation. The intersection was shut down for several hours as a result.

“Given the injuries, they were called out immediately,” Goodmurphy said.

The driver, a West Vancouver woman, was quite distraught and is co-operating, Goodmuprhy added.

Anyone who saw the collision or may have dashcam footage is asked to contact police.