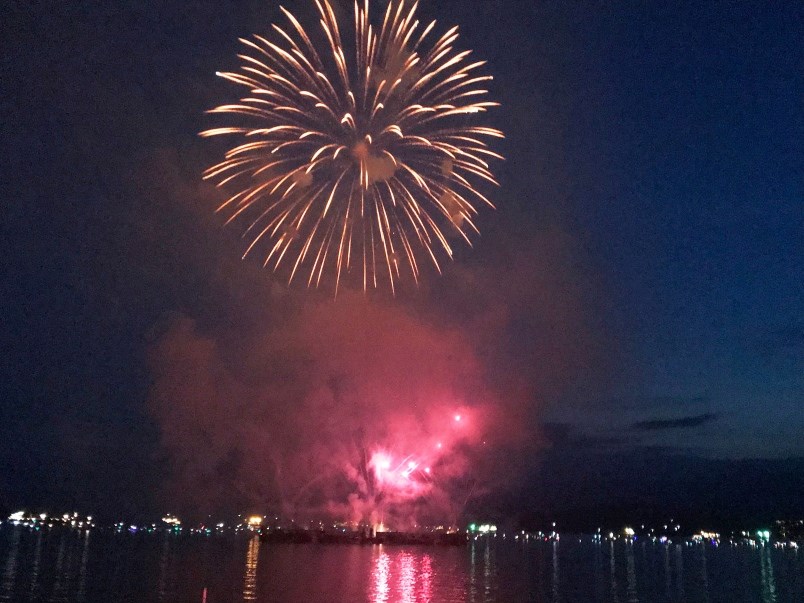 A city staff report says this year’s Halloween will be last one for general public to set off fireworks, if council approves bylaw changes. Ban will not apply to Celebration of Light and other community events. Photo Sandra Thomas
The good news for Vancouver residents who like to set off fireworks on Halloween is that the practice will still be allowed this year.

The bad news is it will likely be the last October for exploding noisemakers and sparklers, according to a city staff report that goes before Vancouver council next week.

The move shouldn’t come as a surprise since council decided in November 2019 to ban the sale and use of fireworks to and by the general public on Halloween.

The report recommends council enact a bylaw to ban consumer fireworks and allow bylaw officers to ticket people who continue to use fireworks the day after Halloween.

Fines for violations of the fire bylaw will double from $500 to $1,000, if council approves the recommendations at a meeting scheduled for June 9.

The ban will not apply to “certified fireworks technicians” or community events such as Chinese New Year, Diwali, the annual Celebration of Light fireworks display at English Bay and Canada Day.

“Fireworks of all types, including consumer and display fireworks, will continue to be permitted under a regular fire permit issued to certified fireworks technicians who hold at a minimum a ‘fireworks operator’s certificate’ issued by Natural Resources Canada,” the staff report said.

The ban on fireworks to the public was based on a motion by Coun. Pete Fry who argued fireworks are dangerous, negatively affect the environment and can scare domestic and wild animals.

Data compiled by Vancouver Fire and Rescue Services in 2018 showed the average fire loss to property related to consumer fireworks per year was $379,000 over the last 12 years.

Vancouver remains one of the only cities in the region that has not officially banned fireworks.

If council approves staff’s recommendations, vendors must stop selling fireworks to the public by 6 p.m. on Halloween. The sale and use of fireworks will be banned the next day.

The staff report pointed out, however, that the ban cannot be enforced in other municipalities or First Nation reservations that allow the sale of fireworks to the public.

Same goes for those fireworks sold online and delivered by mail or courier, the report said.

“Thus fireworks being used illegally around Halloween can be expected each year,” the report said.