The booth involves a temperature check and a 40-second disinfection procedure.
May 7, 2020 6:30 PM By: Elana Shepert 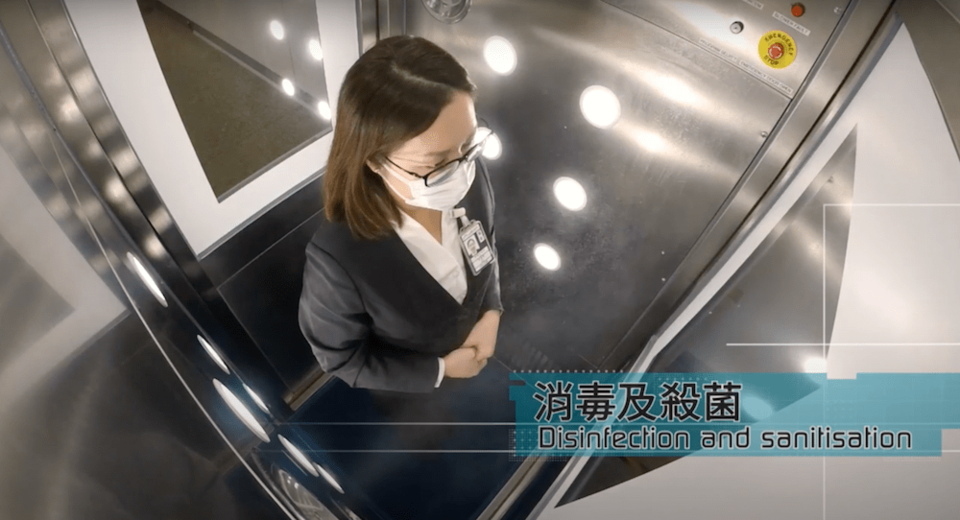 Photo: hkairportofficial / YouTube
Hong Kong International Airport has announced that it is testing a new 'full-body disinfection booth' that involves a temperature check and a 40-second disinfection procedure.

The international airport says it is the first to trial the new disinfection booth, which is called CLeanTech. Similar to a tanning booth, the enclosed both has a nozzle that sprays people down with a disinfectant for 40 seconds to kill any trace of the virus.

The surface of the booth features an antimicrobial coating that purports to "remotely kill the virus and bacteria on human bodies and clothing."

Autonomous cleaning robots have also been deployed to disinfect public areas and passenger facilities throughout the airport. They use ultraviolet light to sterilize 99 percent of surfaces like public toilets and can also sterilize the air.

Other major airlines have begun introducing their own precautionary measures at their home airports. Air Canada has announced that it will begin mandatory customer pre-flight temperature checks system-wide effective May 15; it is the first North American airline to do so.

Air Canada adds that the new program will also improve the airline's cabin grooming standards with the introduction of 'electrostatic spraying of cabin interiors.' It will additionally expand its existing aircraft grooming procedures, which already incorporate the use of hospital grade disinfectant and specialized techniques to maintain cabin cleanliness across its fleet.

Emirates has begun conducting coronavirus blood tests for passengers leaving from Dubai. The tests are conducted by the Dubai Health Authority and results are ready in 10 minutes.

In recent weeks, a number of airlines, including JetBlue, Lufthansa and Air Canada, announced that travelers will be required to wear masks throughout their journey.

Have a look at the new disinfection booth.