On Saturday, Sept. 21, Shaughnessy elementary celebrates its centennial with a day of festivities and reflection befitting an institution with a tumultuous century in its rear view mirror. 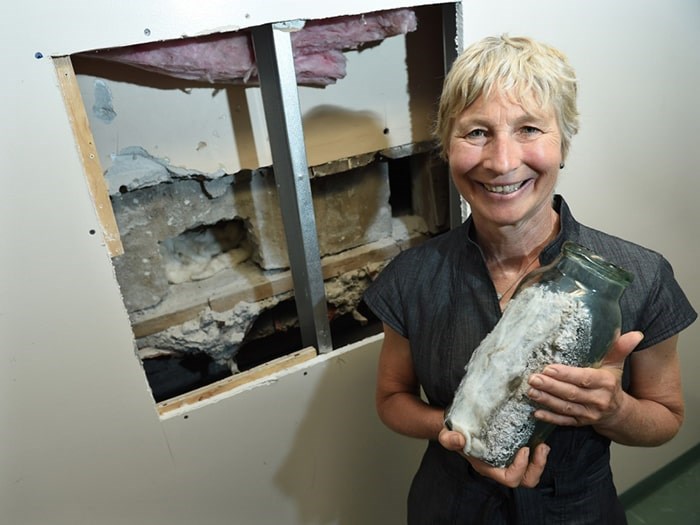 Yes, that Edward — the one who briefly became King of England before abdicating his throne to marry American divorcee Mrs. Wallis Simpson in 1937. 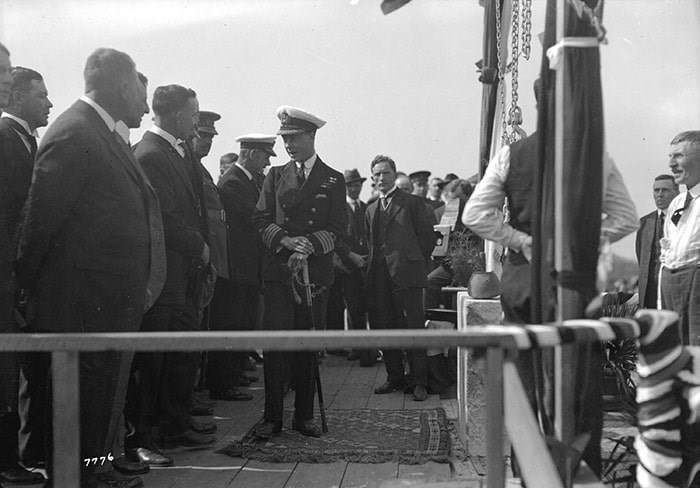 “And that’s where the adventure began,” said Shaughnessy elementary principal Janet Souther, who had to figure out how to excavate the time capsule without damaging the foundation stone. 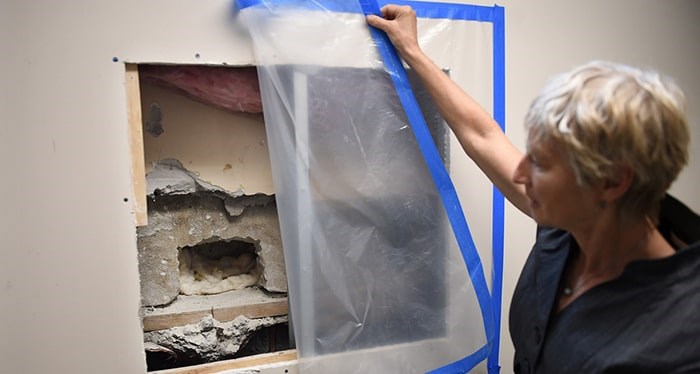 Principal Janet Souther shows where tradespeople decided to access the capsule via a stairwell and behind several layers of cement and drywall from systemic upgrades. Photo Dan Toulgoet

After much consultation with tradespeople, they decided to access the capsule via a stairwell and behind several layers of cement and drywall from systemic upgrades. After drilling and removing a portion of the wall, they extracted the greenish glass bottle, which was still intact and sealed with wax. An archivist from the city opened the capsule, carefully unpacking its contents, which will be on display in the school library at the Sept. 21 centennial celebrations. 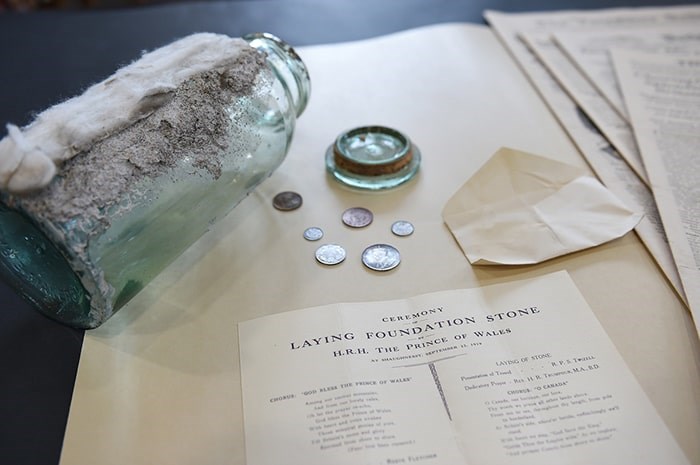 Contents of the time capsule include coins, newspapers and mementoes from Prince Edward’s visit in 1919. Photo Dan Toulgoet

“This kind of experience makes history real for our students,” Souther said. “It brings to life the kinds of things that they are learning and it makes them recognize that as they move forward […] maybe we’ll put in another time capsule and that they will be part of history as well.”