This Week in History: The rise and fall of Umbrella Man

A pile of furnishings lay on the boulevard at East Sixteenth and Carolina Tuesday. By Wednesday the Umbrella Man (background) and an old woman, who had lived on the street, were gone.
0
Jul 6, 2018 1:04 PM By: Melissa Shaw 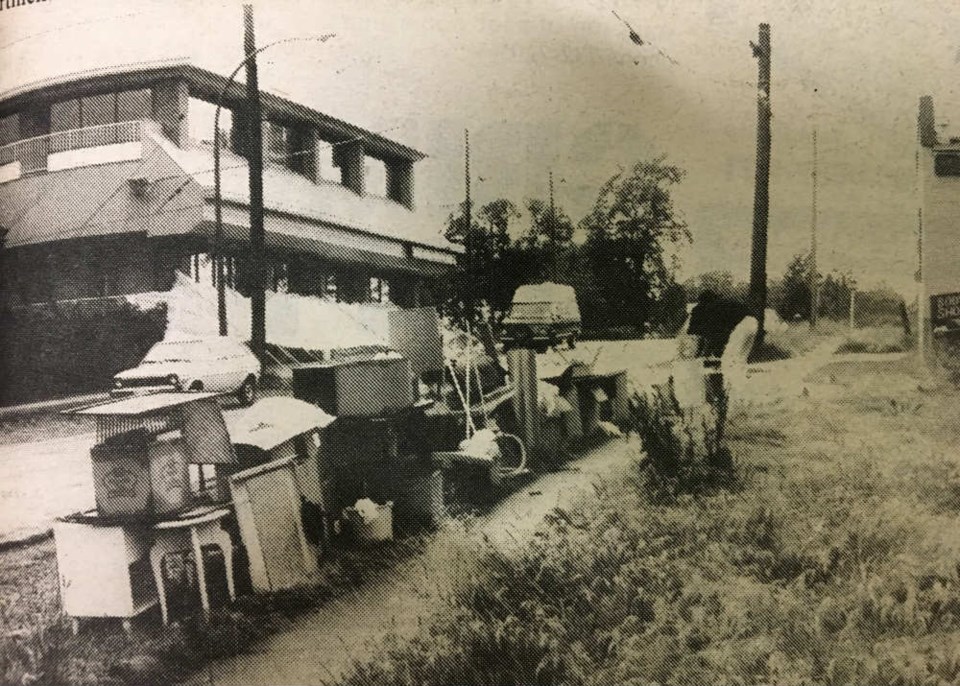 A pile of furnishings lay on the boulevard at East Sixteenth and Carolina Tuesday. By Wednesday the Umbrella Man (background) and an old woman, who had lived on the street, were gone. Photo Ethan Minovitz

To the Umbrella Man the sidewalk was his castle.

He and an old woman, possibly his mother, were camped outside of a house at East Sixteenth and Carolina since last Friday. But yesterday morning, they had left.

Only a pile of garbage, waiting to be picked up, bears witness to their stay in the great outdoors. The used to live in the house but were kicked out. No one seems to know where they are now.

Shortly before they left they told Mears that they didn't want to camp out anymore.

While they lived on the street, their prized possessions lay in scattered clumps on the boulevard: an egg carton with a cracked egg, two television sets (both portable, one missing a channel knob), a stereo turntable, a wet and dry vacuum, a can of butter cookies and a pumpkin.

The male half of the pair didn't mind his belongings being seen on the street, but he preferred to keep to himself. Asked why he was living outdoors, he replied: "I don't have to answer. Is there a law that I have to? Why don't you ask the Province or Channel Eight?"

When he wasn't carrying a matching pair of green luggage, the dark-haired bearded man moved his household goods from one point to another, using a black brolly to ward off the rain and hide his features.

Christine Dourmas, an employee of the Saloum Bakery, says the pair has been "upset with the government."

Social planning director Max Beck said Tuesday that the decision to stay on the sidewalk was the couple's own choice. "My understanding is that they had some other resources."

Clad in a black sweater and white pants, the man with the umbrella had arranged his possessions during his final day on the corner ignoring the stares of others.

A request for an interview met with a mumbled "go away, go away."

He was a resident of the sidewalk, protecting his new -- though temporary -- home. As far as he was concerned, it was private property.