VANCOUVER - The legal battle between a group of Tim Hortons franchisees and their parent company escalated Friday as the corporate-unsanctioned association filed a lawsuit alleging that Restaurant Brands International, its subsidiary and several exec
0
Oct 6, 2017 4:02 PM By: The Canadian Press 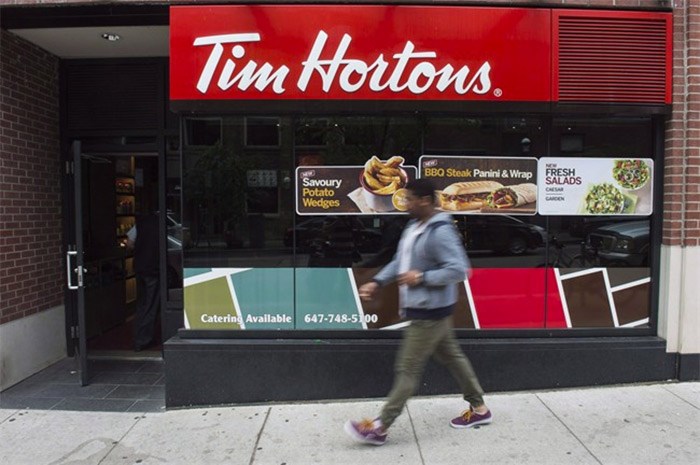 VANCOUVER - The legal battle between a group of Tim Hortons franchisees and their parent company escalated Friday as the corporate-unsanctioned association filed a lawsuit alleging that Restaurant Brands International, its subsidiary and several executives continually subvert their right to associate.

The defendants have engaged in conduct that "seeks to interfere with, restrict, penalize, or threaten franchisees from exercising their rights to associate," according to a lawsuit filed in an Ontario Superior Court of Justice on behalf of two franchisees who belong to the Great White North Franchisee Association. None of the claims have been proven in court.

Tim Hortons called the lawsuit "unfounded," in a statement by its media relations team.

"We have always been clear that we will not interfere with our franchisees' right to associate and that remains true today," it read, adding the lawsuit is the latest tactic of the group's "disregard for the brand and our restaurant owners."

The GWNFA, which incorporated in March to raise franchisee concerns over the management of the brand, alleges the defendants systematically stymied their group.

The claim alleges this pattern includes the defendants denying future store opportunities to franchisees because they are "not aligned" with Tim Hortons's interest and setting aside a $2 billion fund to buy out franchisees who have joined the GWNFA or may do so in the future.

"It is happening. We know it's happening," said GWNFA president David Hughes, one of the lead plaintiffs.

He hopes the lawsuit, which is seeking about $850 million in damages from RBI and its subsidiary, will force the parent company to reconsider legal action it commenced late last month.

RBI subsidiary the TDL Group Corp. served default notices to all of the GWNFA's board members, including Hughes, on Sept. 18. The company accused them of providing confidential information to Tim Hortons former CEO Don Schroeder, who then allegedly gave it to a Canadian newspaper.

Schroeder and the GWNFA deny these claims, and the association included the legal action in its statement of claim as proof of the company's efforts to hamper its operations.

This is the group's second lawsuit against the company.

In June, a $500-million lawsuit filed on behalf of franchisee and GWNFA member Mark Kuziora alleged RBI improperly used money from a national advertising fund. The allegations have not been proven in court and RBI said at the time that it vehemently disagrees with and denies all the allegations.

The lawsuit is currently in the preliminary stages, said Hughes, and the GWNFA hopes it will move before a judge in early 2018.

While the two sides are now mostly communicating through lawyers, Hughes said the association is willing to sit down with executives and work out a fair deal for franchisees.

Until that deal is achieved, it doesn't appear Hughes will back down.